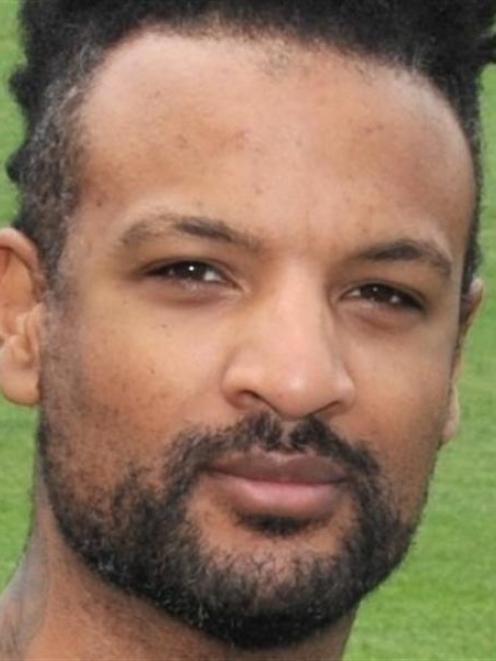 Jamie Templeton.
The future of a paint party in the heart of Dunedin's student area is in doubt, following the rejection of an application for a liquor licence for the event.

Summer of Colours Ltd's Jamie Templeton, from Wellington, applied for a special licence for the ''Illuminate: Summer of Colours'' paint party, which is scheduled to be held at Logan Park, near Harbour Tce, on February 28.

Mr Templeton yesterday said he respected the committee's decision and was ''assessing the business case'' to see if the company would proceed with the event.

The application attracted strong opposition from police, Public Health South and the Dunedin City Council's licensing inspector, as well as concern from the Fire Service and Otago University Students' Association about unintended consequences it might have for students, users of the park and the area in general.

The committee, of chairman Colin Weatherall, Cr Andrew Noone and community representative David Benson-Pope, who is also a city councillor, said previous paint parties in Dunedin by the same promoters had ''clearly'' led to increased workloads for police and medical services and the authorities were concerned the same would happen at this event.

It noted concerns about the potential for injuries from mixing ''playing'' in paint with drinking, and questioned Mr Templeton's suitability to hold a licence, given the lack of detail in his application, particularly that he had not started talking to security companies or arranging road closures and displayed no knowledge of other events planned for that area that weekend, including major rugby and cricket games, which could limit his ability to secure security staff for his event.

It said police were concerned it was already a busy time of the year for alcohol-related disorder and other offending in the student area and the Fire Service would expect a spike in the number of fires in the area after the event.

While unintended and out of the organiser's control, these things were expected as a consequence of the event, the committee's decision said.

The onus was on Mr Templeton to establish that alcohol-related harm from his event would be minimised and he had failed to do that.

''We think it goes without saying that the amenity and good order will be adversely affected, especially after the event.''

Mr Templeton said he understood it was a tough decision and thanked the committee for the opportunity to present his case.

His company still wanted to bring what was a ''totally unique and unforgettable'' experience to Dunedin's students, but he was ''currently reserving my decision to push ahead and will advise as soon as a decision has been made''.