Parking and selling chased away 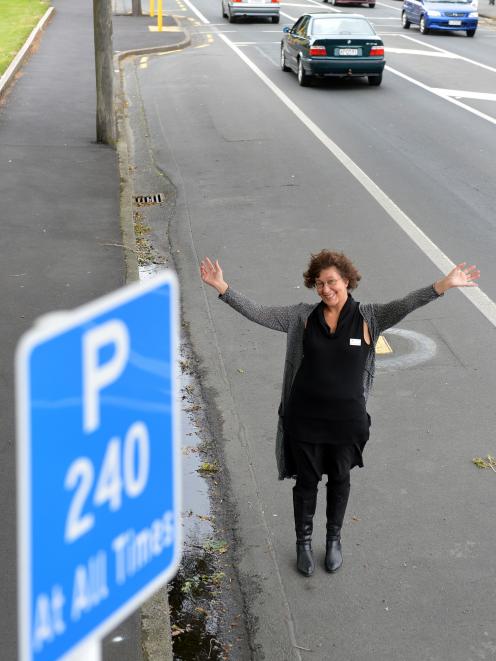 Gillions Funeral Services business manager Elizabeth Goodyear said she was ''delighted'' the council had put time restrictions on parking spaces in Hillside Rd near the funeral home in South Dunedin.

After consultation, the council installed ''P240'' signs on January 16 allowing motorists to park for up to four hours.

Consequently, the fleet of vehicles for sale had gone.

For years, a lack of restrictions allowed scores of vehicles displaying ''for sale'' signs to be parked long-term on the busy road outside the funeral parlour and Bathgate Park.

Parking restrictions were introduced on the other side of the road about a year ago which had no time restriction but banned the display of for sale signs in vehicles.

The lack of parking outside the parlour made it difficult for mourners, especially elderly and disabled people, to access the funeral home.

The new restrictions allowed enough time for mourners to attend a funeral, or for people to watch a game of sport at the park.

''All credit to the council - we are really happy,'' Ms Goodyear said.

She had heard the fleet of vehicles for sale had moved to South Rd.

The feedback on the new restriction had all been ''positive''.

The council realised forcing the removal of the fleet from an area could result in the vehicles ''popping up'' in another area.

If people were concerned about the impact a group of vehicles for sale had on an area, they should inform the council, which would investigate.

No-one had raised any concerns about vehicles for sale being parked in South Rd, he said.