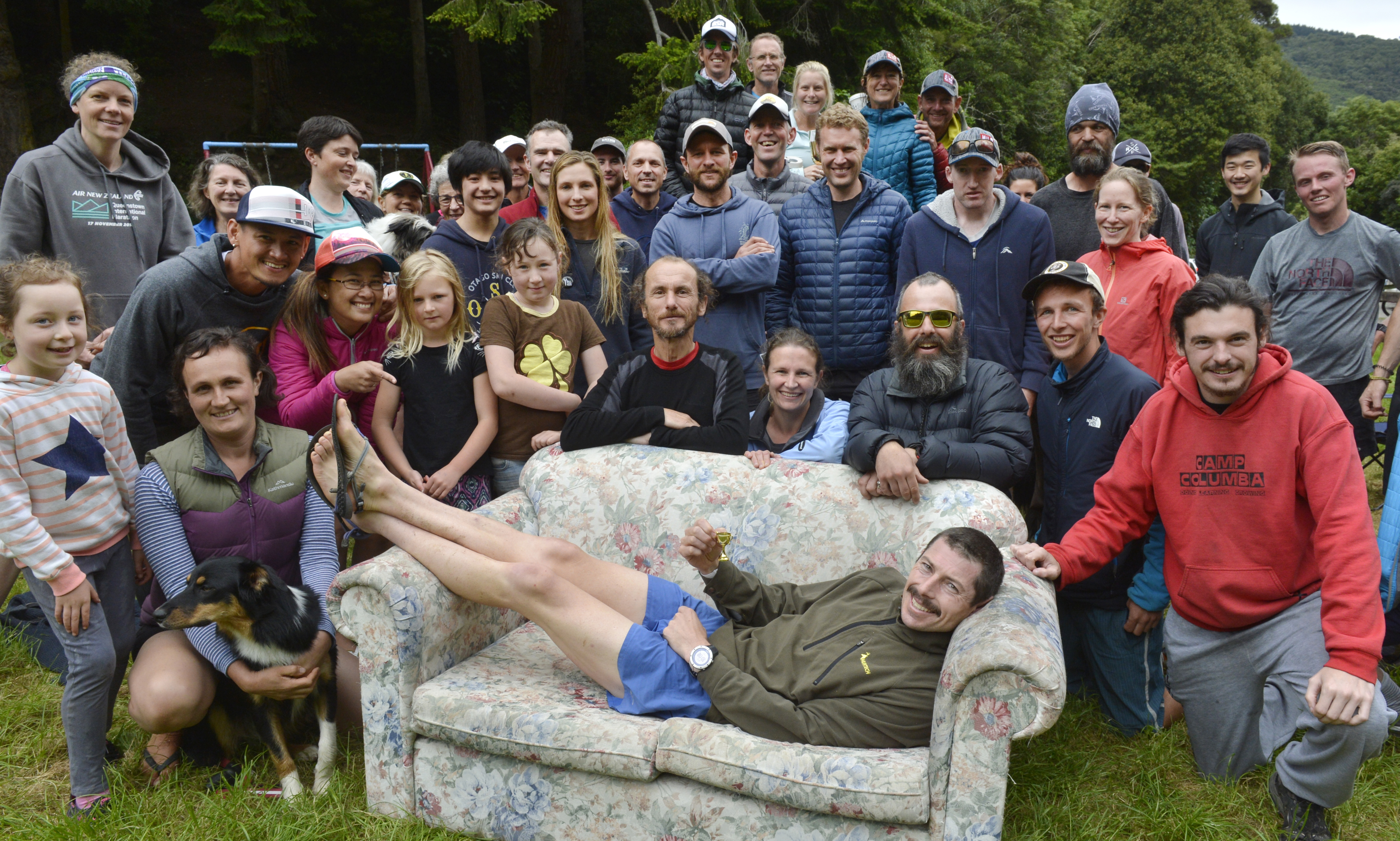 Chris Bisley kicks back after completing an epic 17 circuits of the Bethunes Gully-Mt Cargill track in the 24-hour Crush the Cargill event, having climbed a distance higher than Mt Everest. Photos: Gerard O'Brien
A Dunedin man knocked off Mt Everest at the weekend, all without leaving the city.

Taking part in the Crush the Cargill 24-hour mountain race, which ran from 10am on Saturday to 10am yesterday, Chris Bisley completed an epic 17 circuits of the Bethunes Gully to Mt Cargill track.

In doing so he climbed about 9670m, nearly 1000m higher than the altitude of Mt Everest.

Still standing after completing seven circuits of the Bethunes Gully-Mt Cargill track is Scruffy the dog.
Despite also travelling 145km, the equivalent of more than three marathons, the 38-year-old was in good spirits yesterday morning, if a bit hungry. 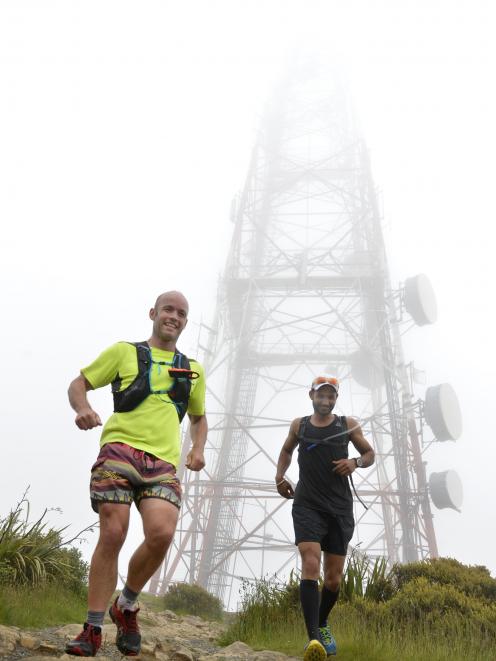 Emerging from the fog as they descend Mt Cargill are Phil Petersen (left) and Harjinder Chandra.
"Bacon and avocado is definitely on the cards," he said.

A gym team leader at Moana Pool, Mr Bisley is no stranger to big distances as a keen competitor in ultra-marathons and a veteran of ironman events.

However, he admitted things started to get a bit rough towards the end of his triple-marathon effort, which continued through a sweltering Saturday afternoon and overnight.

"Once you get into the wee hours just before dawn, everybody’s starting to drag the chain."

Event organiser Steve Tripp said the event, which had more than 80 entrants, raised at least $3500 for Northeast Valley community group The Valley Project for its annual Creekfest event.

"It’s just a fun event with lots of loonies coming out of the woodwork like moths to the flame, really."

Among the participants were a 6-months-pregnant woman, who completed three laps, and 2-year-old dog Scruffy, who together with owner Kat Lilly, was still standing after completing seven circuits.