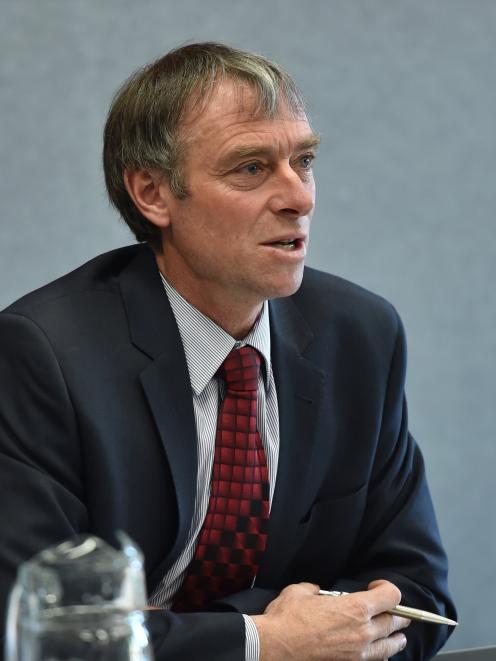 Stephen Woodhead
School representatives have been left angry and confused following a meeting with senior Otago Regional Council members, who have again refused to make changes to the Otago Peninsula bus service.

Tahuna Normal Intermediate principal Tony Hunter said principals and board of trustees members of affected schools were asked to meet at the ORC yesterday morning.

"We had some raised hopes when they called us in to a meeting that they would favourably consider the most minor change we had proposed, but we came away with absolutely nothing.

"The council was inflexible. They refused to budge on anything.

"We felt that they had already made up their mind. It was a fait accompli.

Those who attended were questioning the point of the meeting.

ORC chairman Stephen Woodhead said the meeting aimed to explain the reasons behind the council's recent decisions, not to make alterations to the bus route or scheduling.

He wanted those at the meeting to understand that process was not complete yet.

"There's one or two contracts still to go, we've got the bus hub to complete, there's a new ticketing system to put in . . .

"We have said we will review the timetable to look for opportunities to improve it, but we're not prepared to make any changes to the timetable until we have the bus hub is place, when there will have to be a review of all the timetable.

"There will very likely need to be some adjustments then. We don't want to have a situation where there are two potential changes to timetables. It's very confusing for passengers and it's also expensive because we have to reprint timetables.''

He said there had been a positive response from the wider peninsula community to the changes the council had made in the past two years.

"So we're feeling comfortable that the wider community support is growing.''

Mr Hunter said the community now needed to express its opinion, and a meeting would now be held to plan future action which would include protests.

"If they thought this was the end of it, the game is just beginning.''

A delegation of Dunedin school representatives and parents, armed with a petition urging the Otago Regional Council to revise the Otago Peninsula bus service, was denied permission to speak at an ORC meeting in Cromwell today.

The petition, signed by about 800 residents, asks the council to make minor alterations to the routes and timetables so the public bus service also works for the 124 school pupils on the Otago Peninsula who use it.

Mr Woodhead said the ORC was not aware the delegation wanted to present a petition.

"We were asked if they could come and speak to the public forum on the school's public transport again.

"Because it was a repetition of the previous public forum That is the reason they were denied.

Mr Woodhead should have been in his shorts , walking to school with the children yesterday morning when it was raining, hailing, and, according to my thermometer and met service, it was only 2 Deg C.
Isn't there something in the Bill of Rights or Geneva Convention about cruel and inhumane punishment against pupils ?? ... sorry, people

"What's that? Kids can't get on buses? Okay we might deal with that once our new ticketing system is set up."

Why are we paying rates to these clowns?, they don't even listen to us and come down on us like a ton of bricks when we don't do what they say. What exactly is their purpose other than to make our wallets lighter.