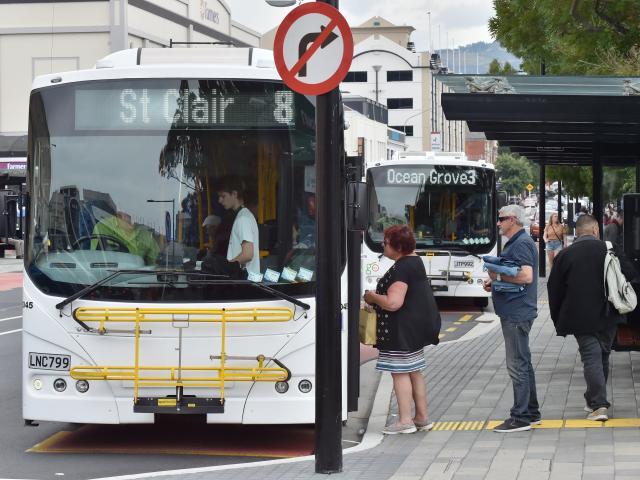 Otago residents are being urged to have their say on a public transport plan before submissions close next week.

School representatives have been left angry and confused following a meeting with senior ORC members, who have again refused to make changes to the Otago Peninsula bus service.

A "medium-term temporary'' solution to the Andersons Bay causeway bus stop issue will be in place within the next three weeks, the DCC has confirmed.

A busy block of Great King St has been identified as the preferred location for Dunedin's planned central bus hub.
Older church-going Dunedin residents are being disadvantaged by a lack of buses on Sunday nights, and a direct bus service is also needed to Forsyth Barr Stadium, Grey Power Otago says.

Bus advocacy group Bus Go Dunedin supports a proposed central bus hub but wants to ensure it is well-designed and welcoming for users and does not become a poorly-maintained ''ghetto''.

Who knew Dunedin once had a bus factory?
Extensions to public bus contracts due to changes in the Land Transport Act are costing the Otago Regional Council an extra $145,000.

In the first of a series focusing on Dunedin and its people, ODT reporter David Loughrey casts his quizzical - some would say quirky - eye over a public transport system about to be left blinking in the harsh light of public scrutiny. On an epic, but remarkably efficient, voyage from the suburbs to the city he found the spirit of Dunedin in the darkened streets of Mornington.
Smaller buses may be a part of Dunedin's revamped public transport system, as the Otago Regional Council looks for flexibility in the network.

Proposed sweeping changes to Dunedin's bus service are headed for public consultation.
The Otago Regional Council will drop the GoBus branding for its public transport services following the arrival of Hamilton-based Go Bus Transport Ltd in Dunedin.
Greater discounts for students and those on low incomes are needed to get more people on buses, interest groups say.

Corstophine bus users are happy but those on Otago Peninsula are puzzled by the Otago Regional Council's latest decision on public bus routes.

The Dunedin City Council and Otago Regional Council will hold a high-level meeting next month to discuss the future of the city's public transport network.

Analysis showing a decrease of about 1% in use of Dunedin's public bus system is a ''reality check'', Otago regional councillor Bryan Scott says.
For the third year in a row, the Otago Heritage Bus Society will provide a bus service in Dunedin on Christmas Day.

More than 400 submissions have been lodged with the Otago Regional Council on its proposed changes to Dunedin public bus services.

One of the first major issues for the incoming Dunedin City Council to consider could be assuming control of the city's public transport network.