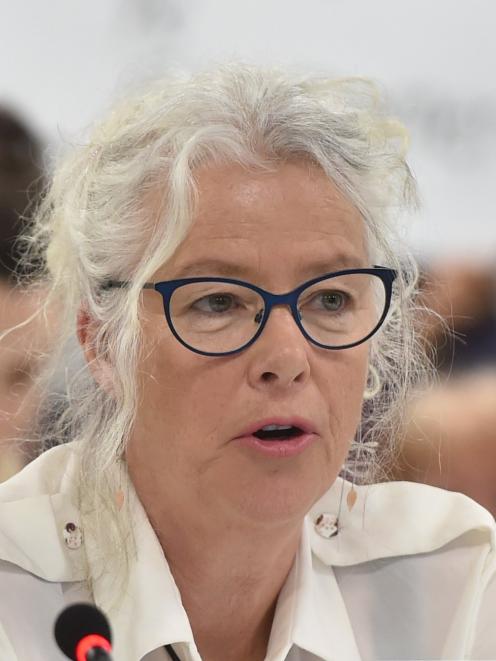 Alexa Forbes
Elected officials from both the Dunedin City and Otago Regional Councils say they should work harder to be synchronised about crucial concerns such as public transport.

However, not all agree pursuing a partnership model would be worth the trouble.

Dunedin city councillors voted 9-4 last month to request a meeting with their counterparts from the regional council to discuss working together on public transport issues, ideas and improvements.

Asked what she hoped might result from such a meeting — which the city council wants to happen as soon as possible this year — regional councillor Alexa Forbes said she hoped each council would better understand the other’s position.

Her colleague, Cr Michael Deaker, said it should be the first of many meetings.

Planning, shared services and environmental strategies should also be covered, she said.

Dunedin Mayor Aaron Hawkins said the case for sticking with regional council control had not been made convincingly, "and until it is it’s hard to have a real conversation about future arrangements".

The only other thing worth discussing at such a meeting would be how the regional council saw the city having meaningful decision-making influence over the bus service, he said.

"We might get better results if we sat down at the table and talked things out rather than demanded to take over the buses and continued to tell them the services were not adequate," Cr Houlahan said.

"Instead of power plays about control, I think the ratepayers and residents would be better served by co-operation between the authorities," Cr Radich said.

Regional councillor Bryan Scott said the same thinking ought to apply to governance of a programme designed to safeguard the future of low-lying South Dunedin.

Deputy chairman Michael Laws said it was anachronistic for regional councils to have responsibility for public transport.

Regional councillor Hilary Calvert said the councils should be clear about where the responsibilities of each lay.

City councillors Andrew Whiley and Rachel Elder said Dunedin should have a public bus service it could be proud of.

"But first let’s start the conversation and see where the common ground and goals are," Cr Whiley said.

Cr Elder said she expected the planned meeting to be a helpful starting point.

City councillor Lee Vandervis said the regional council had been clear it did not want the Dunedin City Council trying to run the bus service or take over public transport.

The city council should take care of its own "failing" council-controlled companies before telling the regional council how to run its businesses, he said.

Regional councillor Kate Wilson said the transport system would be considered to be working well if everybody felt like they could get into town quickly, or conveniently.

Several councillors said bus services should be integrated with street design and car parking, but there was also an argument about maintaining a regional perspective.

Queenstown Lakes Mayor Jim Boult said if the Dunedin council ended up taking over public bus services, his district would want to do the same.

At last, something that Cr Laws and I agree on. The ORC running city buses is out of date. It's history.