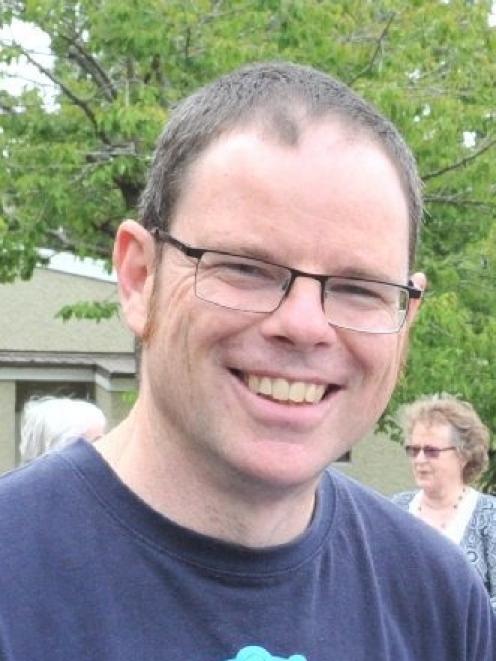 Alex King
Bus advocacy group Bus Go Dunedin supports a proposed central bus hub but wants to ensure it is well-designed and welcoming for users and does not become a poorly-maintained ''ghetto''.

That comment was made yesterday by Bus Go Dunedin secretary Alex King in a submission on draft Otago Southland Regional Land Transport Plans.

One potential location for the hub is Great King St and the Dunedin City Council is apparently allocating $500,000 to contribute to the project, in 2019-20.

Construction was projected to be in 2018-21, the draft noted.

Mr King welcomed other moves in the draft plans to make improvements for Dunedin bus users, including to improve flexibility of ticketing arrangements through more integrated arrangements.

This reform would allow bus users to use more than one bus to make a trip around the city without having to buy separate and more costly tickets for each ride.

Mr King said a bus transport hub in Christchurch worked well and he favoured a ''light-handed'' approach to a Dunedin hub.

This would involve developing a pleasant, well-maintained area without a huge amount of costly infrastructure.

Dunedin should also follow the practice of Christchurch and the other New Zealand main centres in providing a well-lit, real-time display of exactly when buses were due at the hub, he added in an interview.

Bus hubs could be highly costly, involving huge multi-floor buildings, or could be relatively modest in cost, but they could also be done well or badly, irrespective of budget.

Some overseas transport hubs had become unpleasant, poorly-cleaned places with graffiti and unwelcoming to bus users, he said..

Otago Regional Council transport committee chairman Trevor Kempton said he understood a ''light-handed'' approach was intended for the Dunedin hub, and could involve a series of nearby bus stops, rather than a major new building complex.

A section in the draft transport plans said the bus hub was ''integral to the success of the proposed new bus network'' and the additional $500,000 from the city council would enable a ''broader'' hub to be developed.

This would mean it could provide for other forms of transport, such as inter-city buses and cycles, the reports said.