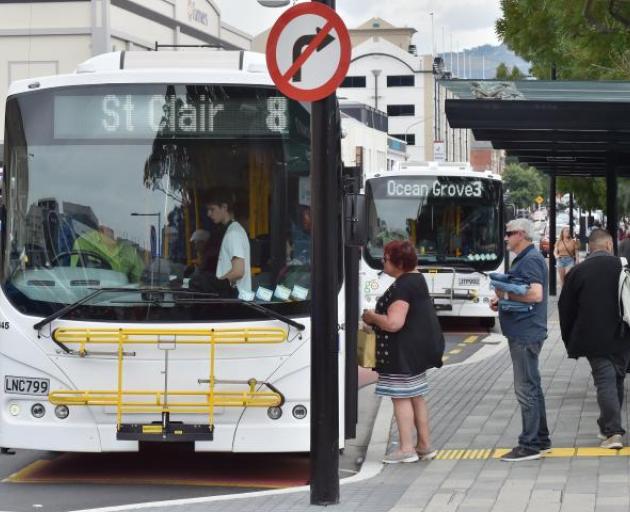 Photo: ODT files.
Otago residents are being urged to have their say on a public transport plan before submissions close next week.

As of yesterday, 32 public submissions had been received.

Transport manager Garry Maloney said the council would "love" to get more feedback on the plan and encouraged the public to provide feedback before submissions closed on Monday.

The council was keen to hear from the public on policies covering fares and concessions, requests of trial units and routes that could be incorporated into the plan, and transitioning to carbon-neutral transport, he said.

“These are a few of the things our community are most passionate about, and making a submission on the RPTP is the best way to have your voice heard on these topics.”

About 330 submissions were received on the last draft RPTP in 2014, but Mr Maloney said the 2014 plan was "comparatively a transformative document" that proposed an overhaul of the Dunedin network and introduced the bus hub.

This year’s RPTP was largely about setting policies that would enable continuous improvement in the future, he said.

The council was still expecting submissions from various organisations.

Through that process, several challenges were identified as needing to be addressed, including increasing access to the public transport system, reducing the impact on the environment, making public transport more attractive to users and making the required changes in a "constrained funding environment".

Submissions to the draft RPTP close at noon on May 24.