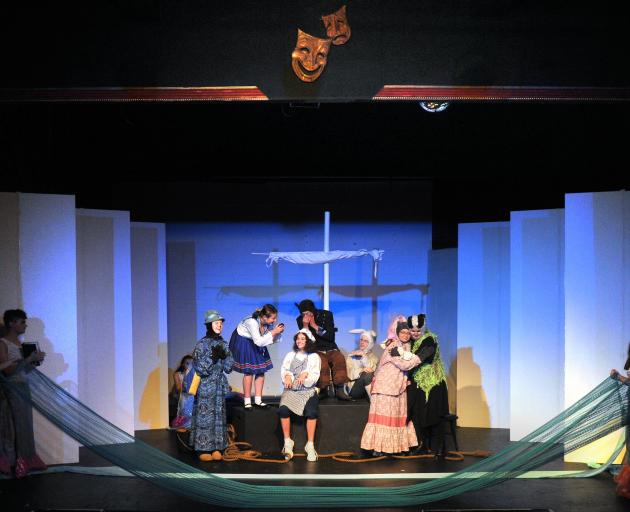 Nevertheless, the society was starting the job to ensure the building’s long-term future, Ms Adams said.

The long-time home of children’s theatre in Albany St was built in 1876, repurposed in the 1960s, and since then it had not had a significant upgrade.

It was ageing, facing wear and tear issues, accessibility issues, and the stage in the 135-seat theatre needed overhead lighting, Ms Adams said.

But the building had value.

A Lottery community facilities grant-funded feasibility study over the next few months could provide a road map for the building’s future use, she said.

She did not want to estimate a cost for refurbishing the building before the study, but it would be significant, she said.

At this stage of the project the society was asking audiences or participants of past productions to share their stories to establish the value the theatre had for the community who used it.

But the society also wanted to know from other arts organisations, how they might use the space and what they would need in an upgrade to allow that, she said.

Last year, the society had to stage a play at Logan Park High School after a leak in the roof worsened during lockdown.

The roof had since been replaced, with support from the Dunedin Heritage Fund, she said.

Now, the theatre would host its first production in 18 months, a new work by Diane Dupres, The Hunting of the Snark, from Saturday to April 25.