Plea to save 'magnificent' relic 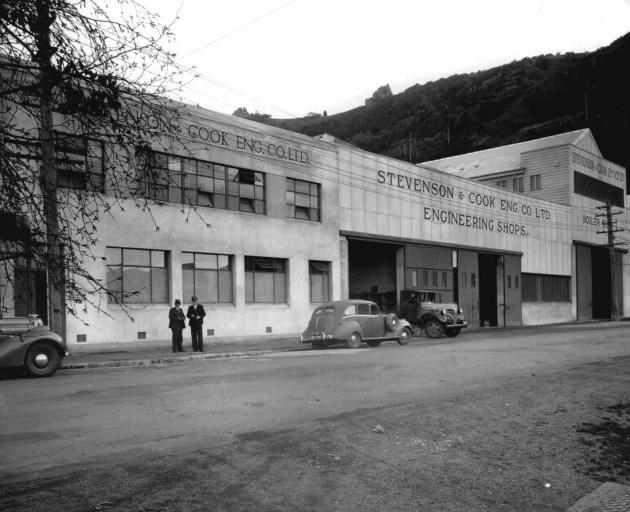 This image from the past shows the view of the foundry complex. Photo: Port Chalmers Maritime Museum
The group fighting to save the historic former maritime foundry in Port Chalmers has pleaded with councillors to save the "magnificent" relic.

Mr Southworth said the building was the last remaining link to Port Chalmers' maritime industrial past, during a time when the foundry built minesweepers and gold dredges, repaired warships and even Sir Ernest Shackleton's Antarctic ship Aurora.

The old brick building, formerly the Stevenson and Cook foundry and later the base for Sims Engineering, has been locked and abandoned since its asbestos roof was removed by the council in 2017.

Mr Southworth said his group wanted to see the building upgraded, with a new roof and basic earthquake strengthening, and then converted into an industrial heritage museum and multipurpose space.

Other uses could include an art gallery space, markets, a function facility or even a climbing wall, he said.

The group was initially only asking for support in principle from the council, but a more detailed proposal would follow as part of next year's annual plan budget hearing, he said.

An application to have the building's heritage status recognised by Heritage New Zealand was under way, he said.

In the meantime, a temporary cover promised by the council for the building, to protect it from the elements, should be reconsidered, Mr Southworth said.

"That simply hasn't happened ... and we believe that building should be protected.

"It is a magnificent historic relic - well, well worth preserving."

The presentation prompted Cr Aaron Hawkins to ask for a report with urgency on the issue, suggesting re-roofing it was "priority No1".

Still not sure why Port Otago can't re-purpose this building as their new office rather than building a new office, especially when space is already limited. This option should be investigated and it is not satisfactory to say it will "cost millions" as has been the response thus far from Council.

It was an ugly building in the photo, it's an ughly building now, in an ugly part of Port Chalmers.

All of a sudden Hawkins thinks re-roofing is prority #1, even though he, as a councillor, has already received reports from council staff advising that the lack of a roof won't cause deterioration to the shell of the building in the short term while feasibility options for the building are looked at.

He knows that work is going on within DCC regarding the building but now wants to come accross as the knight in shining armour to save the day.