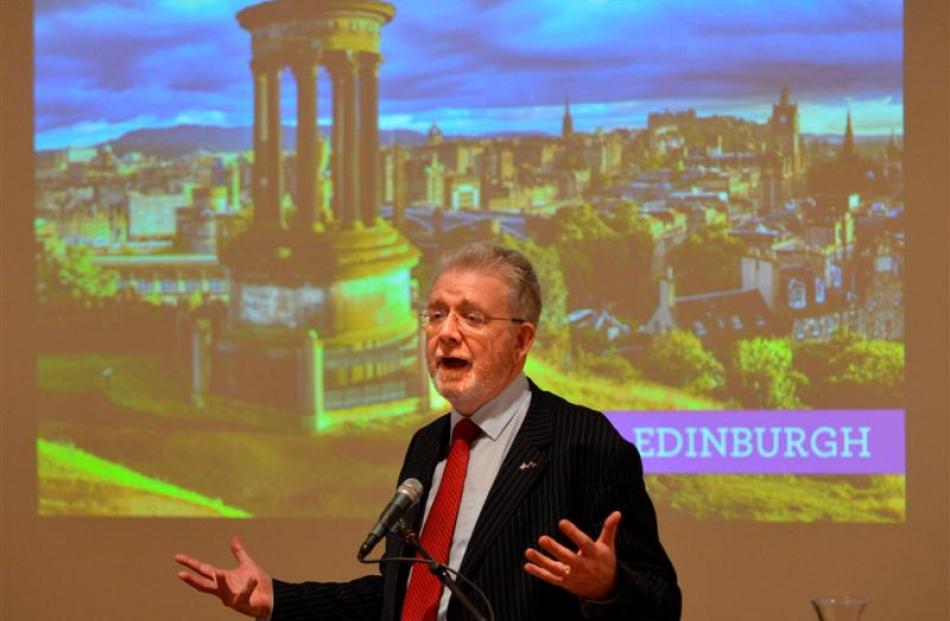 Michael Russell, the Secretary for Education in the Scottish Government, yesterday discusses links between the Scottish capital and Dunedin, the Edinburgh of the South. Photos by Gerard O'Brien. 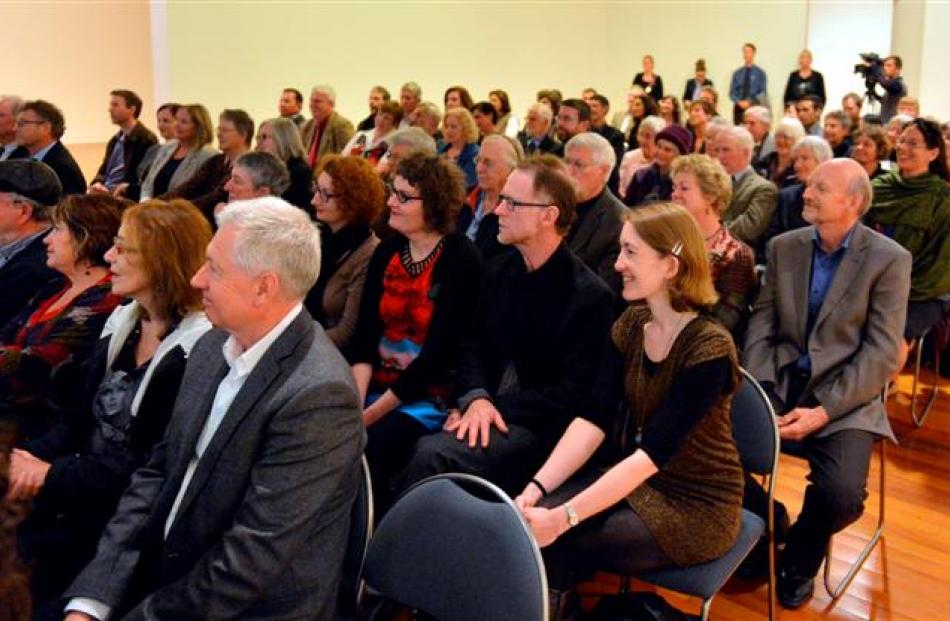 Michael Russell, the Secretary for Education in the Scottish Government, is ''very optimistic'' of achieving a ''yes'' vote for Scottish independence in the upcoming referendum, despite earlier adverse polls.

The delegation visited the recently-redeveloped Toitu Otago Settlers Museum and its ''DUNedinburgh'' exhibition.

Mr Russell also attended a mayoral reception at the Dunedin Public Art Gallery to celebrate Dunedin's Scottish links, and to mark the launch of Dunedin's bid to gain Unesco City of Literature status.

Dunedin Mayor Dave Cull highlighted the importance of Dunedin's links with Edinburgh, and reflected on Edinburgh of the South's 40-year sister city links with the Scottish capital.

He also emphasised Dunedin's standing as a literary city, noting that its many writers had included Thomas Bracken, author of the national anthem, God Defend New Zealand.

Mr Russell acknowledged Dunedin's literary heritage, and its many links with Scotland, and noted that Edinburgh - the world's first Unesco City of Literature - was also supporting Dunedin's Unesco bid.

Mr Russell, who is a senior Scottish National Party (SNP) politician and author, said in an interview supporters of Scottish independence were running a positive campaign involving a historic referendum which was being held in September.

There were ''very strong, positive reasons'' for independence, and the referendum offered a ''great opportunity'' for Scotland to ''consider its own future''.

Campaigning for independence did not involve ''rejecting'' anything-he had himself been born in England and had an English mother.

About 125 countries had become independent since World War 2. This was a normal process and Scotland would benefit from controlling some key matters, such as taxation and welfare payments.

Asked about earlier polls showing a 20% polling lead for the ''no'' vote, he said the polls had since narrowed considerably, to about 10%, and the momentum was with independence campaigners.

He also gave a public talk at the University of Otago campus last night on the Scottish referendum, in association with the university's Centre for Irish and Scottish Studies.