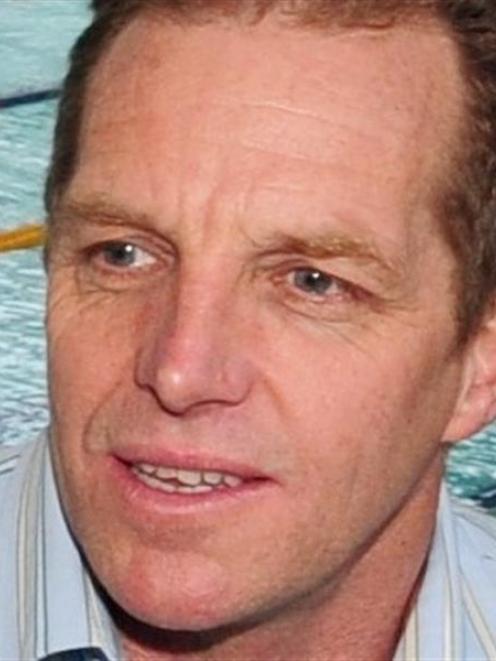 Steve Prescott.
Dunedin City Council aquatic services manager Steve Prescott has resigned after apologising for ''misleading'' statements about the money he made from vending machines at Moana Pool.

His last day would be tomorrow, bringing to an end a council career spanning 17 years, council infrastructure and services manager Tony Avery said.

The decision came after media last year questioned whether any council staff were privately benefiting from the vending machines' proceeds, only to be told none were.

It later emerged Mr Prescott had been receiving up to $10,000 a year for more than a decade from private contracts to restock the machines.

Mr Prescott was not giving interviews yesterday, but in the council's statement he apologised for his handling of questions about the contracts.

''I have learned that I needed to be much more rigorous in my approach to answering these questions,'' Mr Prescott said.

His decision to quit came after the council received the results of an investigation into the contracts and media responses by independent auditor Crowe Horwath.

The investigators' report found the council knew of Mr Prescott's contractual arrangements, which had been authorised by now-former council managers Graeme Hall and John Brimble, to whom Mr Prescott used to report.

The council was also aware the contracts had been rolled over by Mr Prescott, and he himself had been briefed on the details within the past two years, Mr Avery said.

However, it found Mr Prescott's response to two media requests for information - in late 2012 and by the Otago Daily Times in early 2013 - gave a ''misleading impression''.

Mr Avery told media yesterday it was clear Mr Prescott's responses ''could've been much better handled'', but his decisin to quit came as the council considered what action to take.

A full range of sanctions were available, ranging from a written warning to ''firing, I suppose'', but it was difficult to say what would have happenedThe report included responses to the findings from a representative for Mr Prescott, although the author's identity had been removed.

The report concluded Mr Prescott's contractual arrangements ''would appear to be a conflict of interest'', but Mr Prescott's representative disagreed.

The representative argued there was ''a potential for a conflict of interest'', but Mr Prescott had sought advice and received authorisation for the contracts, which were ''the most competitive arrangements available'' for the council.

The report also showed one of two former council managers who authorised Mr Prescott's contracts had declined to be interviewed by investigators, although their identity was not disclosed.

A copy of a letter written to the council in 2004 by another of Mr Prescott's former managers - whose identity was also concealed - defended Mr Prescott's handling of the contracts, insisting his integrity was ''beyond reproach''.

Mr Prescott (60), speaking to the ODT in December last year, defended his handling of the contracts, saying ''from my perspective, I haven't done anything wrong''.

''I feel like I've been dragged through the wringer, really, for something that was put in place and I had the blessing of the powers-to-be at the time.

''If that was wrong, they should have told me so, but they didn't, and that's basically how it's transpired, really.''

He had earlier apologised when news of the investigation emerged, saying he thought questions about the contracts related to his personal relationships with the machines' owners, not commercial ones.

''I've got nothing to hide, and if I've given you the wrong interpretation then I'm sorry for that. There was no intention to put a wrong slant on it.''

Mr Avery said yesterday Mr Prescott's departure on Friday would be a loss for the council, as he would take ''a lot of expertise and knowledge with him''.