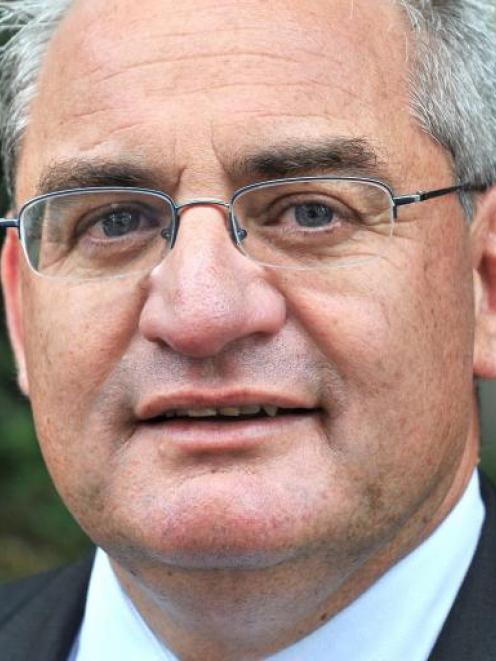 Mr O'Brien (54) was widely known through his leadership work at the school, and at local and national educational organisations.

Principals across the country said they were shocked at the news of his death, and paid tribute to him yesterday, describing him as a wise, relaxed, loveable, affable, kind, empathetic person with a great sense of humour and a tremendous passion for education.

He had been principal at the school since 2010.

Before that, he was principal at Cullinane College, in Whanganui, for eight years, acting principal at Hato Petera College in Auckland for a year, and a history and economics teacher for 14 years before that.

In October last year, he announced he would be resigning as principal at the end of term 2 this year.

A leaving dinner was held recently to ''sing his praises'' and celebrate his contribution to Kavanagh and the New Zealand education community.

He told staff and fellow Dunedin principals he was looking forward to retirement, because it would give him more time to research his Maori ancestry and spend more time with his wife and two children.

Kavanagh College deputy principal Steve Read said the school was devastated by the news, and would provide support to the O'Brien family, staff and pupils over the coming days.

''This is a sad and sudden loss of a respected man and leader in the Catholic community.

''We will maintain our usual school programme over this difficult time as Tracy would have wished.''

Otago Secondary Principals' Association (OSPA) chairwoman and Bayfield High School principal Judith Forbes was one of many principals across the country who paid tribute to Mr O'Brien yesterday.

She said he led his school with ''heart and wisdom''.

''He was very well respected within the education sector.

''He served a much wider network than just his own school.''

He was a former OSPA chairman, Dunedin Secondary School Partnership board member, and was active in sports leadership across the country, particularly as a member of the New Zealand Secondary Schools Sports Council.

Secondary Principals' Association New Zealand (Spanz) vice-president and Onehunga High School principal Deidre Shea said Mr O'Brien had been a long-time member of Spanz and was an executive member for the past two years.

''Tracy was a delightful man, very professional, with a wonderful sense of humour.

''He had the ability to take the heat out of an awkward moment with a very dry quip.

''We all thoroughly enjoyed working with him.''

RIP Mr O'Brien all my nephews attended your school, they all had the upmost respect for you, never said a bad word about you. My thoughts are with you and your family.