Psychiatric wards to be smoke-free 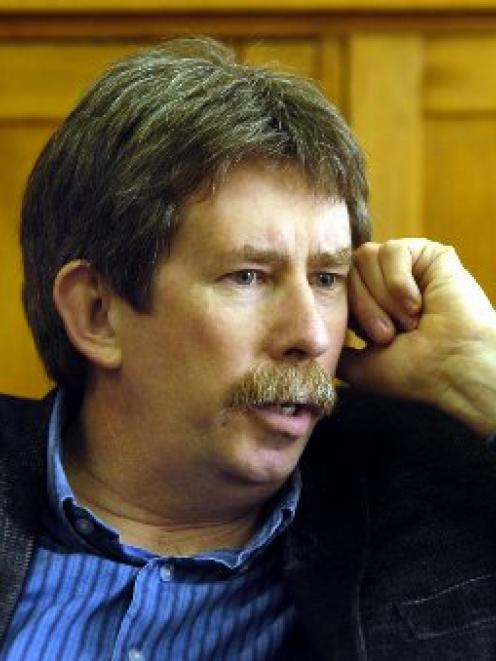 Richard Thomson
Smoking is to be banned at psychiatric wards in Dunedin, a move labelled "forced treatment" by Southern District Health Board (SDHB) member Richard Thomson.

Mr Thomson said the ban was akin to forced treatment for psychiatric patients who were not entitled to leave hospital grounds.

This would not be acceptable for any other group of patients, he said.

He emphasised he was not pro-smoking, and he supported encouraging patients to kick the habit.

However, using psychiatric patients' "coincidental imprisonment" to enforce quitting was not right.

Even inpatients with severe respiratory conditions were able to smoke if they left hospital grounds, some even "dragging their drip" on to the street.

Mr Thomson tabled his own summary of research of smoking bans in psychiatric wards, which showed patients quickly resumed the habit once they could.

There was also evidence smokers stayed in mental health wards for a shorter period than non-smokers.

If "treatment" was going to be forced on patients, it had to be evidence based, he said.

Much of the research cited by psychiatric smokefree advocates focused on positive effects on staff, not patients, he said.

Mental health and intellectual disability medical director (Otago) Dr James Knight, addressing the committee by video-link from Dunedin, said it was wrong to frame the debate as a human rights issue.

A grave health risk, smoking was a lifestyle choice, rather than a right, he said.

Suggesting psychiatric patients should be allowed to continue smoking on hospital grounds while other hospital patients could not, risked treating the mentally ill like "second-class citizens".

Smoking interfered with the performance of some psychiatric drugs, affecting the way the body processed them.

The smoking ban was in line with other DHBs, Government strategies, and even prisons would be smokefree from next year, Dr Knight said.

SDHB member Branko Sijnja said given the negative health effects of smoking, he supported any move against it.

Otherwise, the board risked sending a mixed message to the public.

SDHB member Neville Cook successfully had the recommendation changed to "endorse", rather than "approve" the ban, saying the smokefree move was operational rather than governance.

The motion passed, with Mr Thomson, Louise Rosson, and Katie O'Connor voting against it.

The smoking ban will be phased in at Wakari and Dunedin mental health wards in the coming months.