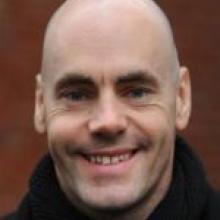 Glen Hazelton
A new policy to protect Dunedin from the ravages of a disaster such as the recent Christchurch earthquake could cost the city council more than $3 million over the next 10 years, and require significant work to put together a database of earthquake-prone buildings.

Despite proposed multimillion-dollar funding, improving safety in public areas and buildings of high public use could take up to 20 years.

Some "adverse reaction" was expected from building owners, who would have to pay up to $1500 for an initial evaluation.

The draft policy will go before a full meeting of the Dunedin City Council today to be approved for public consultation.

The issue was how much the strengthening work would cost, and whether it was affordable for owners.

"The council will need to consider that."

A report on the policy by heritage policy planner Glen Hazelton and chief building control officer Neil McLeod recommends incentive funding of $200,000 a year from 2012-13, with a phased increase to $400,000 after 2015-16.

Mr Hazelton said while he did have funding models in mind, no decisions had been made.

The scheme would target the strengthening of parapets, roof-level structures and verandas on historic buildings along key pedestrian areas of George and Princes Sts, with funding to be used to strengthen entire blocks, rather than one-off projects that would "do little to improve public safety".

The council's dangerous, insanitary and earthquake-prone buildings policy was introduced in 2007, with a review planned for 2012, but a decision was made to do the review early after last year's Christchurch earthquake.

Under the draft policy, from January 1 next year the council would begin reviewing its files to put together a database of potentially earthquake-prone buildings and then write to owners to advise them an assessment was needed.

The work was expected to be completed by July 1 next year, after which the council would advise owners by mail if a further assessment was needed.

Owners would have two years from that date to provide evidence the building was not earthquake-prone.

An assessment procedure would follow. The council would keep a register of all earthquake-prone buildings, with information on the property file, geographic information system (GIS) and land information memorandum (LIM) details.

The council would determine what action needed to be taken on a building-by-building basis, but if it decided a building was earthquake-prone, and the owner did not meet requirements imposed, the council could exercise its powers under the building Act.

Mr Hazelton said he expected the council would in two years' time have the sort of list of earthquake-prone buildings people hoped to see after the February earthquake. He expected a staff member would be required for at least two years to implement the policy.

Mr McLeod said a balance needed to be struck between a desire to get the work done, and the cost to building owners.

"That's a decision for the council to make."