Quest for a lost ancestor 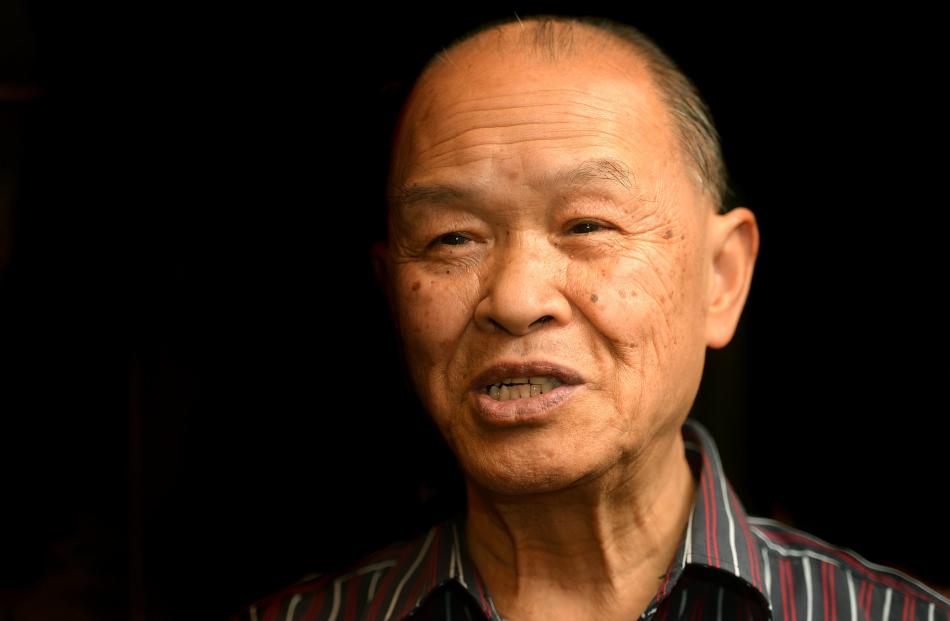 Duncan Sew Hoy is on a quest to return the remains of his ancestor to China. Photo by Stephen Jaquiery. 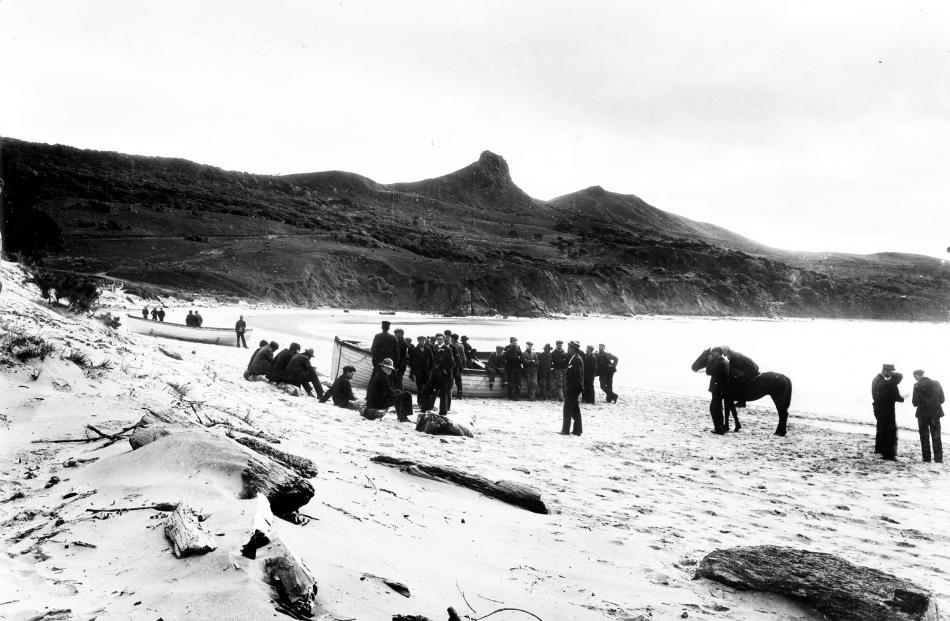 Rescuers, crew members and lifeboats from the SS Ventnor, which was carrying the remains of 499 Chinese goldminers, on Omapere Beach, Hokianga Harbour in 1902. Photo from the Northern Advocate. 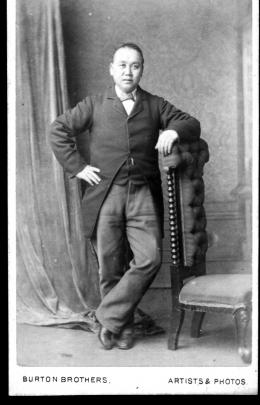 An early photo of prominent Dunedin businessman Choie Sew Hoy, who died in 1901 and whose remains were lost when the SS Ventnor sunk a year later. Photo from the Sew Hoy family.

Duncan Sew Hoy is determined to return his great-grandfather's remains to China.

The coffin containing his great-grandfather, Choie Sew Hoy, was lost when SS Ventnor sank off the Hokianga coast more than 110 years ago.

The Dunedin-based Chinese pioneer had organised a mission to return the bodies of Chinese miners - his second such shipment - back to their homeland in Guangdong, China, for reburial.

However, Mr Sew Hoy died a year before the shipment and his remains were in one of the 499 coffins aboard the lost ship.

The Sew Hoy family were the only known descendants, as the vessel's manifest went down with the ship on October 28, 1902.

That story, along with the emotional journey of the Sew Hoys to complete their ancestor's vyage, is the subject of a new documentary from Dunedin television company NHNZ.

Duncan Sew Hoy (79) told the Otago Daily Times he knew nothing of the sinking until he became involved in another documentary on Chinese miners in 1997.

''I read about it and just felt so emotional.

''I felt that as I am the direct live descendant of my great-grandfather . . . and I felt the legacy had fallen on my shoulders to complete his journey, and that of the 499.

''That was when my dream started. But this dream is worse than mission impossible.''

However, his goal was advanced by a chance meeting at his Golden Harvest restaurant with NHNZ executive producer Alan Hall.

As a result, Mr Sew Hoy and his son, Peter, have become the focus of the hour-long documentary The Lost Voyage of 499.

It screens on Maori TV on Monday at 9.30pm, and is likely to inspire a follow-up. The Royal New Zealand Navy had confirmed it would assist in attempting to locate the wreckage next month, Mr Hall said.

Mr Sew Hoy believed the tightly packed and sealed hold of the ship - which sank some 16km off the Hokianga coast - contained 489 coffins of South Island-based gold-miners, the majority of whom were from Otago.

The remaining 10 coffins of North Island-based Chinese gold-miners could not be stored in the hold, and were likely to be those washed ashore and buried by local Maori.

''So they became Kiwis forever.''

Mr Sew Hoy said he hoped to have the remains of the South Island men returned to their ancestral homeland, and had already talked to officials from both countries to gauge support.

''The 499 are past heroes. They worked hard and made money for both countries.''

Mr Hall said he was particularly touched by the cultural similarities between the Chinese and the local iwi whose ancestors buried the remains that washed ashore.

The documentary followed the Sew Hoys' journey to China and to the Hokianga where they met people of the Te Roroa and Te Rarawa tribes, but their voyage was by no means over, Mr Hall said.

''It would be a tremendous first step in Duncan Sew Hoy's dream to return his ancestor's remains home to rest in peace forever.''

The documentary was a co-production between NHNZ, China Intercontinental Communications Centre and China Central Television, and was made with the assistance of the New Zealand Government's screen production grant, Maori Tourism and New Zealand Ministry of Foreign Affairs.