The University of Otago’s appeal for voluntary redundancies is scattershot and unplanned, the staff union says.

On Tuesday, acting vice-chancellor Prof Helen Nicholson issued an appeal for staff to consider taking voluntary redundancy, in the hope enough savings could be found to prevent further budget cuts being considered.

Otago-based Tertiary Education Union organiser Daniel Benson-Guiu said it was hard to know what criteria the university was using to determine redundancies and the process seemed like a free-for-all.

‘‘I don’t think they know how many should leave.

Mr Benson-Guiu said it was possible the unplanned approach could place the future of entire departments in jeopardy.

Prof Nicholson said there was no target number of jobs the university sought to cut, and it would make decisions based on numbers of expressions of interest, the positions held by interested staff and what salary savings would be realised.

Mr Benson-Guiu said the university’s announcement had been a surprise, and he and the union president had only been notified two hours before the proposed redundancies were made public.

‘‘That did put us on the back foot a little but we have see this kind of thing before so we just did what we do,’’ he said.

‘‘There had been ongoing discussions with the university about their financial position and other universities have put out similar calls for redundancies in the past year and a-half due to Covid, so this is an issue which is affecting the wider sector.’’

Mr Benson-Guiu said it was ironic the university had targeted its staff to make savings when those same people had been responsible for the organisation having been in a reasonable financial position up to this point.

‘‘While there may have been a drop in international students there has been a marked increase in domestic students, to the point where buildings which weren’t halls of residence are becoming pseudo halls of residence.

Workloads were already high for university staff and would only become higher following redundancies, and the university seemed to have no plans for how to manage that, Mr Benson-Guiu said.

The redundancy process also raised questions about how academic standards would be maintained or even if some departments could survive.

‘‘It will impact on everybody, and everybody already has very high workloads,’’ he said. 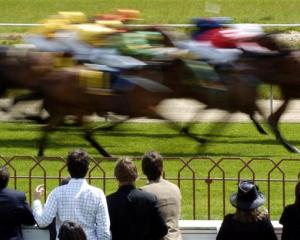