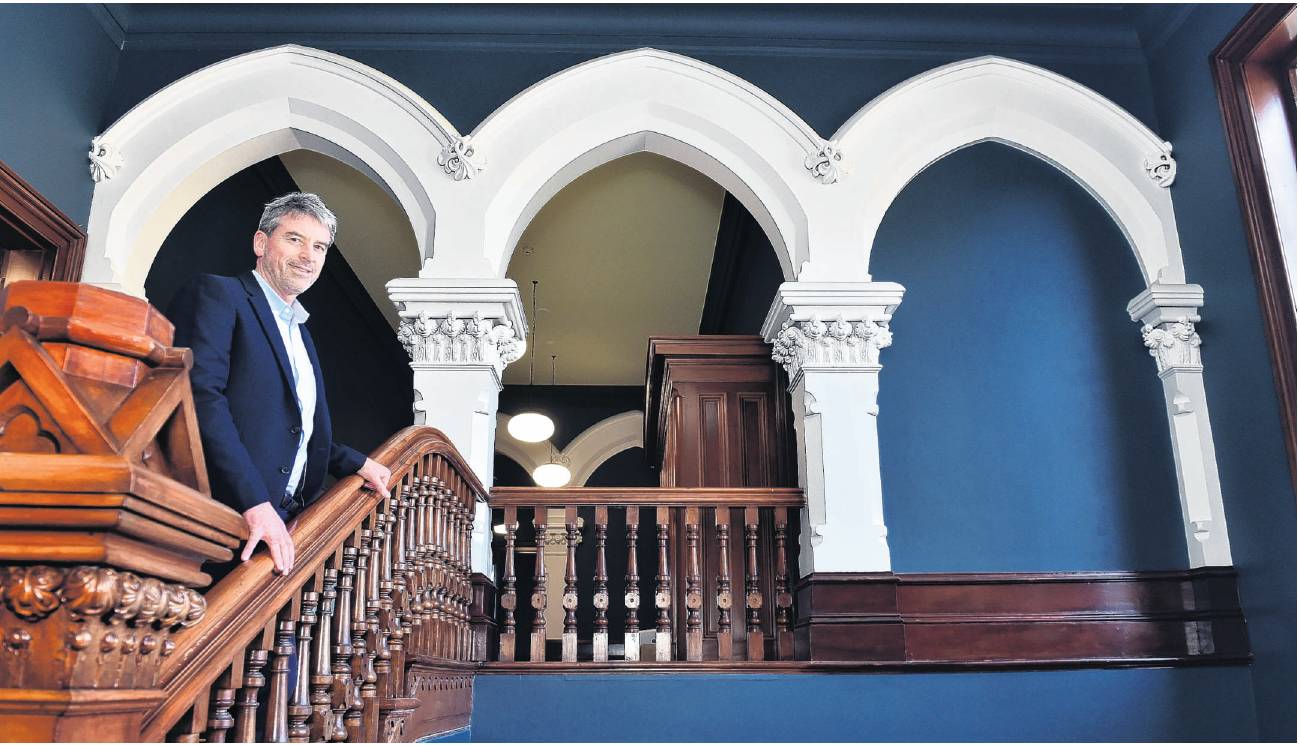 Over the years the building, which was constructed in 1878, has served as a grand home for several prominent Dunedin families, including, from 1905, that of Sir Percy Sargood.

The complex was later bought by the Otago Hospital Board in 1947 and used to accommodate nurses, including during their training.

In 1960, the Sisters of Mercy bought the building - which they used as a convent - and nearby land, where they developed a new hospital, larger than their previous facility in Royal Tce. 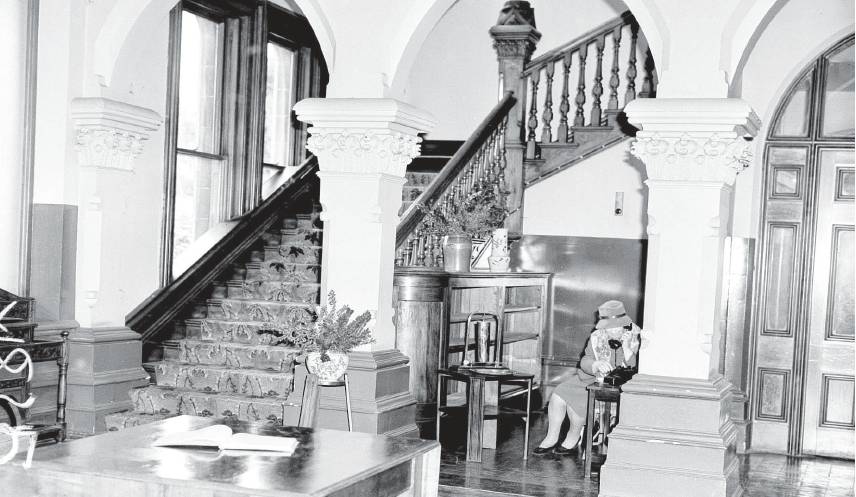 This photo, taken between 1960 and 1962, shows the ground floor and a staircase leading to the first floor. PHOTO: ALLIED PRESS FILES
Mr Whitney was delighted with what had been achieved in the restoration, including the removal of asbestos, and ‘‘excited at the full potential of the completed restoration’’.

It was intended to undertake further phases of restoration, including replacing the roof, as part of an overall restoration project which could ultimately cost up to $6 million, over three to five years, he said.

The ground floor of the house had long been used for educational and health-related meetings and functions, but smaller first-floor rooms had for some time been unused.

Marinoto House has been fully earthquake strengthened. PHOTO: PETER MCINTOSH
With the upcoming creation of a much-needed new in-patient ward on the second floor of the main hospital building, offices were required for displaced clinical skills, human resources and ICT staff.

A refit of the 1030sq m Marinoto House first-floor areas provided ‘‘an ideal space solution and be an opportunity to restore the neglected areas to their former glory’’, he said.