By Grant Miller
0 Comments
A community board member’s report complaining about use of te reo Maori at a local government conference has been deemed unacceptable by the Dunedin City Council.

Brian Peat, of the Mosgiel Taieri Community Board, referred to ‘‘a young Maori chap’’ talking in te reo for at least 20 minutes without translation into English, but his recollection has been challenged by one of the conference organisers.

Mr Peat has called for all Maori content to be translated. 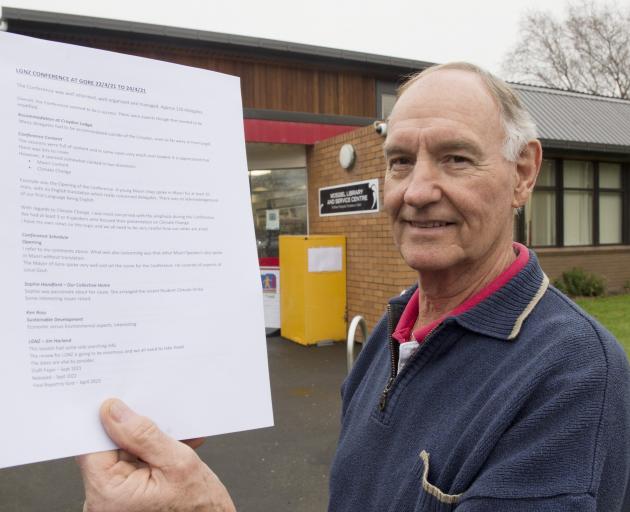 Mr Peat asked for his report to be included in the community board’s agenda, but DCC chief executive Sandy Graham said this would have been inappropriate.

Its contents were not consistent with the council’s partnership obligations under the Treaty of Waitangi, she said.

‘‘The board member is entitled to his views, but as chief executive I must also manage the DCC's relationship with mana whenua as our Treaty partners,’’ Ms Graham said.

‘‘Put simply, I was not prepared to allow the report to form part of the DCC’s official record.

‘‘That would have given it a status and mana it did not deserve.’’

Mr Peat said he meant English was the dominant language.

The absence of Mr Peat’s report in the community board’s agenda was followed by unseemly exchanges at last week’s meeting.

Former city councillor Maurice Prendergast spoke in French for a couple of minutes and told the meeting attendees they now knew how Mr Peat felt at the conference.

Mr Peat said he was wary of people being alarmist about climate change.

‘‘I have my own views on this topic and we all need to be very careful how our views are aired,’’ he said in his report.

Ms Graham said the theme of the conference was interconnected communities — te kotahitanga — and there was an emphasis on engaging with iwi and sustainability.

One of the conference organisers, Mandy Mayhem-Bullock, of the Waikouaiti Coast Community Board and the lower South Island elected representative, said she was proud of the calibre of speakers the conference attracted.

The powhiri was brief and a speaker gave his mihi pepeha, but the content of speeches in Maori was translated into English, she said.

‘‘Pakeha New Zealanders play an important role in upholding their side of the Treaty partnership and advocating for stronger Treaty relationships,’’ Mr Hawkins said.

‘‘This includes the local government sector, which should lead by example.’’