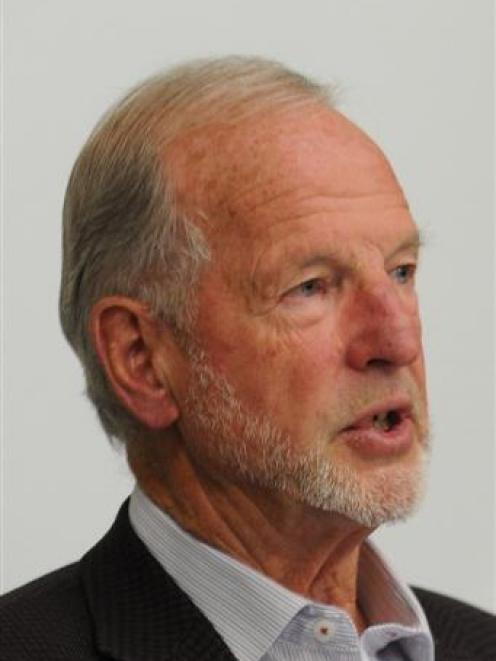 Tom Richardson
A resident is ''gutted'' a Dunedin City Council planner has recommended consent be approved for a subdivision locals are worried will destroy the area's rural outlook.

However, the man behind the Dalziel Rd subdivision, Tom Richardson, a director of RPR Properties Ltd, has praised council planner Lianne Darby for changing her stance on the 34-lot project after it was altered to address safety concerns.

Taieri Rd resident Lindsay Robertson, who was one of 27 people to oppose consent being granted out of a total of 44 submissions, was "absolutely gutted'' the planner changed her recommendation.

As a single student, her house was her "main asset'' and she was worried the subdivision, if it was approved by the hearings committee, would affect resale values and lower her quality of life.

"I didn't choose to buy a house opposite an intersection or across from a high density residential subdivision.''

She disagreed with council staff and the developer's view that altering the plan so the majority of houses were accessed from Taieri Rd, instead of Dalziel Rd, alleviated safety concerns.

There were many "careless'' drivers in Taieri Rd, people regularly exceeded the 50kmh speed limit and the addition of the subdivision would only make it less safe.

Mr Richardson said he was "very happy'' Ms Darby was now recommending consent be granted and was "optimistic'' the project would go ahead.

He believed the concerns about safety in Dalziel Rd had been addressed through the addition of access in Taieri Rd - which had been backed up by the planner.

He also disagreed with residents who were complaining about the neighbourhood losing its rural feel.

"It's not a farming area and it hasn't been for a long time.''

In recommending consent be approved, Ms Darby said the effects would be "no more than minor'' on the surrounding area.

"While the subject sites are zoned rural, they are surrounded by residential one or rural-residential land and are situated at the urban/rural fringe of the city,'' she said.

"It is logical for the city to expand at its fringes, and this proposal does not extend into rural countryside so much as fill a gap.''

She acknowledged it would interrupt views of distant locations from 31 Dalziel Rd and possibly other houses in the area, but pointed out the district plan did not protect views.

"Overall, the visual effects will be significant because the rural nature of the land will be removed, but the future residential development is expected to result in a quality residential landscape in time.''

The 27 people who made submissions against consent being granted had a range of concerns, including the development would destroy the area's rural outlook, ruin residents' views and the increase in traffic would make the area unsafe.

Among the views of the 16 who made submissions supporting the project was that the addition of Taieri Rd access would make the area safer by reducing traffic in Dalziel Rd.

Others believed the subdivision would fulfil a need for quality residential sections on the fringes of the city.

One submitter was neutral about the proposal.

The council's hearings committee will meet to hear the consent application later this month.