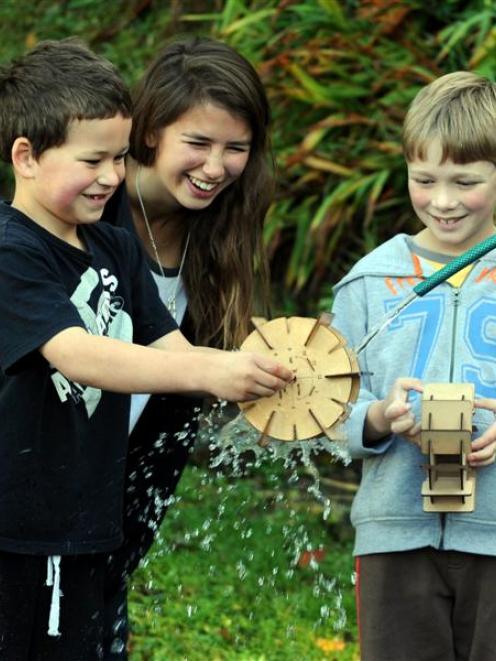 It's an equation students and staff at the University of Otago's education and applied sciences departments hope will become a reality soon.

Department of applied sciences professional practice fellow Andrew Wallace said students in the department were developing a set of teaching materials to allow the concept of energy to be taught in an applied way to primary school pupils across the country.

The first set of teaching materials (Resource No 1) shows primary school pupils how to dismantle an old computer and build a generator out of hard drives.

The first people to use the resource were pupils at Warrington School last year, and it explained how electricity was generated, converted and stored, he said.

This week, pupils at St Leonards School got to try Resource No 2 - a kitset water wheel made from a pencil and thin slabs of MDF wood.

Pupils as young as 5 were able to assemble the interlocking pieces of wood into a water wheel, which helped to teach complex physics and geometry in a simple, hands-on way.

The next step was to combine Resources No 1 and No 2 to create a wind turbine which could generate electricity, Mr Wallace said.

"Every school has a flag pole. We could strap turbines to them to generate electricity for schools."

The projects stemmed from a concern for the future of science education in New Zealand primary schools, Mr Wallace said.

It prompted the University of Otago's education and applied sciences departments to team up and create teaching tools aimed at building "a lexicon" of science knowledge.

Mr Wallace said the hard drive generator and the water wheel were just the beginning of what he hoped would be a kitset of teaching resources which would be made available free to all schools in New Zealand. 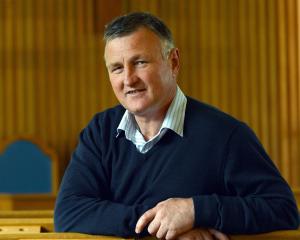