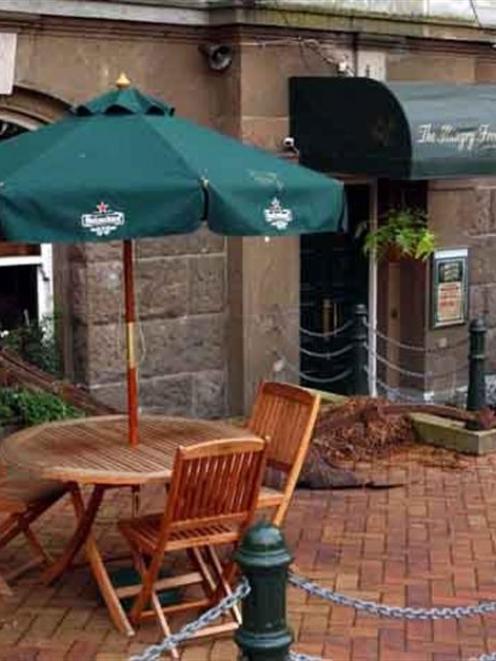 Details of the package were revealed in documents released to the Otago Daily Times by the council yesterday, following an request under the Local Government Official Information and Meetings Act 1987.

The documents showed restaurant co-owners Grant Walker and Anna Hudson agreed to quit the prominent Octagon location, inside the Dunedin Municipal Chambers, in December 2008, in return for $360,000.

The council wanted them out to make way for its planned multimillion-dollar upgrade of the Dunedin Town Hall.

"He was very careful to step back whenever it was discussed," she said.

Cr Hudson and Mrs Hudson could not be contacted yesterday, but Mrs Hudson - and council staff - declined to discuss details of the payout when asked by the ODT at the time the restaurant closed on December 31, 2008.

Documents released yesterday included a copy of the owners' lease with the council, and the agreement to surrender it.

They showed the lease agreement had been due to expire in March this year, but Mr Walker and Mrs Hudson had the option of an automatic renewal for a further six years.

Ms Graham said the council sought advice from three independent property management consultants and valuers before agreeing to the deal.

The three firms agreed an acquisition price of between $300,000 and $600,000 "would be acceptable" given the council required the premises, she said.

"Taking this into consideration, the consultants felt that the proposed settlement price of $360,000 was realistic for the buying out of the lease," she said.

Contacted yesterday, Barlow Justice director and registered valuer Ah-Lek Tay, of Dunedin, said it was difficult to say whether the deal was a good one or not, without access to more details, including the restaurant's turnover.

There was no guarantee the owners would have renewed their lease beyond March this year, given the challenges of the economic climate at the time, he said.

It was also possible the council had paid more by having its "back against the wall" in the negotiations, given its willingness to buy out the restaurant's lease, he said.

"There's not strictly an even meeting of minds.

"The council would have to negotiate their way through it.

"They probably had their backs to the wall in that negotiation," he said.