The Otago Seafarers’ Centre remains locked because of pandemic restrictions, but centre volunteers are busy creating care packages for visiting seamen and helping connect them with their families.

The care packages, provided to visiting ships over the past month, include chocolate, potato chips and coffee sachets, and have already sparked plenty of thanks, via email, telephone and social media.

Some seafarers’ centres elsewhere in the country are following Port Chalmers’ lead by providing their own packages.

"We’ll keep it going. We’ve got enough money," she said.

The centre had been closed since Covid-19 restrictions were introduced in late March, and most visiting crew members could not leave their ships. 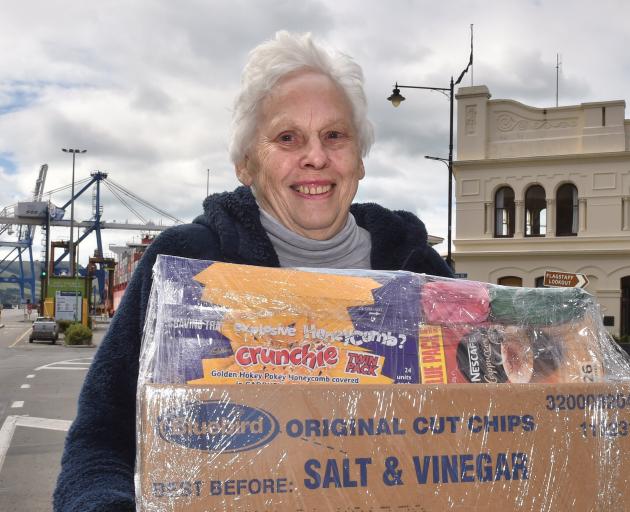 Mrs Farquhar had been visiting Karitane late last month and saw a vessel waiting off the coast for several days to dock at Port Chalmers.

She then realised there was a need to help crews, even if they could not come ashore.

The trust had since created and provided 26 care packages.

Each was valued at about $80 and delivered some welcome extra treats for the 18-20 crew members aboard each ship docked in Otago Harbour, including at inner-city wharves.

Because seafarers could not access Wi-Fi at the Port Chalmers centre, the centre approached Port Otago which installed Wi-Fi transmitters on the top of cranes to enable visiting crews to call family members back home.