Retailers ready for next high 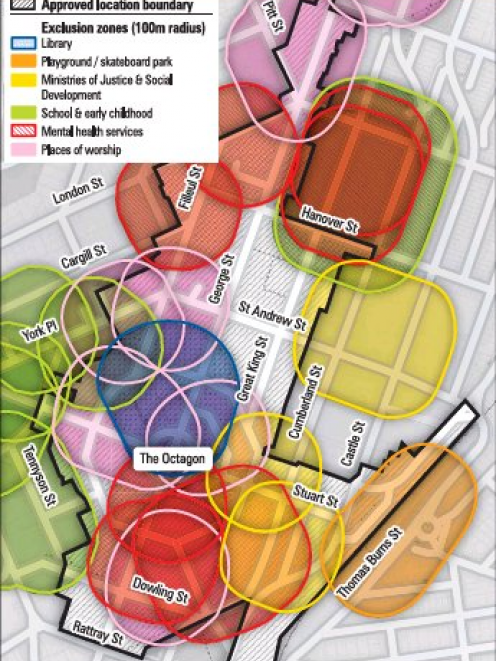 Fears have been raised some Dunedin retailers are gearing up for the return of psychoactive legal highs, but also that products already on sale are closing in on the effects of the real thing. 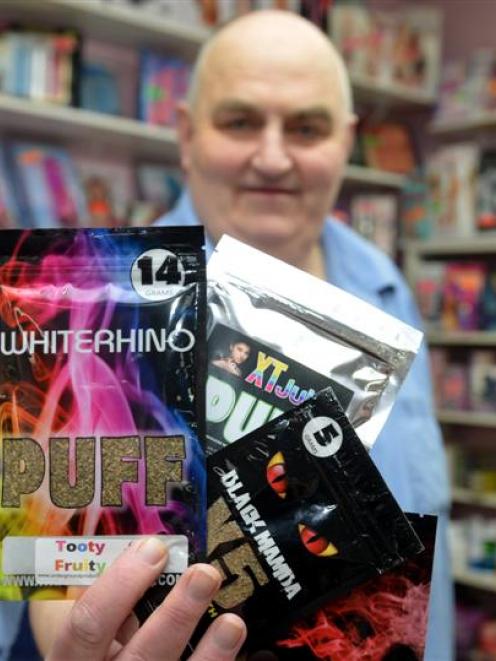 Cupid Shop owner Carl Lapham with non psychoactive legal highs which he sells. Photo by Stephen Jaquiery.
The move came as the Psychoactive Substances Regulatory Authority prepared to begin issuing retail licences from November, allowing the sale of any psychoactive product that makes it through the approval process.

To do so, they would have to be deemed low harm after a rigorous - and expensive - testing process.

But, under the former interim licensing regime in place last year, retailers also had to show a history of sales before they could obtain a licence.

They were doing so without advertising or displaying the products, in anticipation of a psychoactive product passing the low harm threshold after November, he said.

Suppliers were also telling him they had psychoactive products ''ready to go'', but a ban on animal testing to verify their safety meant he could not say when - or if - they would ever be approved.

In the meantime, the effect of existing non psychoactive products was also getting closer to those banned last year, Mr Lapham said.

''Some of these new ones are getting very close. They're giving the same effects, but they haven't got the psychoactives in them,'' he said.

The difference was the end of last year's interim licensing regime meant products imported from overseas no longer had to list ingredients on their packets, he said.

''Me as a retailer, I couldn't tell you what's in the damn things.

''All jokes aside, it could be truck tyres,'' Mr Lapham said.

Staff at other Dunedin retailers selling non psychoactive legal highs, including Cosmic Corner and Peaches and Cream, declined to comment when contacted by the ODT last week.

National Poisons Centre toxicologist Dr Leo Schep could not say whether legal products were getting closer to psychoactive ones, but Mr Lapham was correct about the absence of product information.

Despite that, the number of phone calls to the centre had ''gone off the boil'' since psychoactive substances were banned last year.

''We only get about two or three calls a month now. It's just dropped right away.''

Medsafe acting group manager Chris James said the new authority, like police, would welcome any reports of products suspected of being potentially psychoactive.

He warned those found to be selling illegal products faced serious penalties, including police prosecution.

Any psychoactive product was expected to take at least two years to win approval, but the authority was yet to receive any product approval or manufacturing licence applications, he said.

The council has received more than 300 submissions and comments on the proposal, before the end of consultation on September 14.

Mr Lapham said the policy would put his store outside the permitted zone, unable to sell psychoactive products.

A 100m exclusion zone around sensitive sites would also leave few options if he wanted to relocate and sell them.

One exception was a small area at the bottom of View St, but Mr Lapham questioned the wisdom of allowing legal high sales in an area frequented by high school pupils.

Mr Cull said that would have to be addressed, but he was otherwise unsympathetic.

''The concern of council is how these substances might affect the users and the rest of the community, not how the policy particularly affects businesses who want to make a profit out of them.

''The community [across New Zealand] seemed to quite forcefully say: `We see a lot of harm coming from these substances, and we would prefer they were not available at all'.''