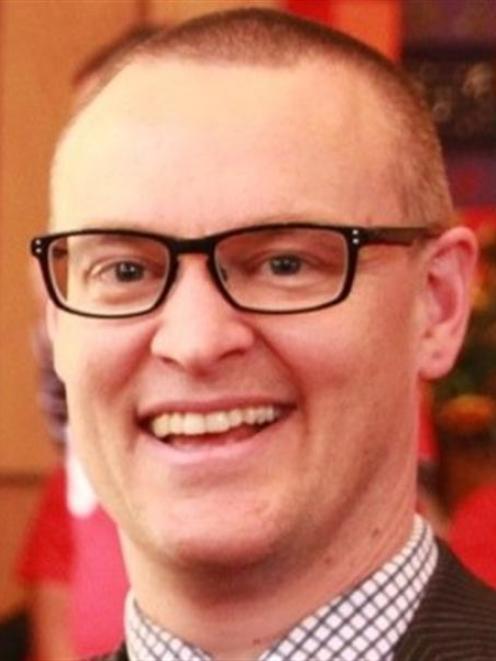 Labour leader David Shearer said Dr Clark, ranked No 12, would work with finance spokesman David Parker and was tasked with finding ways to diversify the economy with a particular emphasis on green growth.

''This is a well-deserved promotion for a rising star,'' Mr Shearer said.

Dr Clark (40) said from Wellington he was excited by the opportunities before him. He would also take over the role of small business spokesman, a complementary role to that of economic development.

He would concentrate his thinking on how to encourage companies to contribute to an export-led recovery. That could involve tax reform or other policy measures to help companies increase their exports and to encourage a diversified economy through information and technology, value-added and design.

''I am looking forward to putting my thinking cap on and bringing fresh thinking to the table.''

However, Dr Clark promised not to lose sight of the contribution made to the economy by the agricultural sector. Denmark was a good example of how an economy based on agriculture could be diversified without harming that important base, he said.

Dr Clark would also focus on policy development around helping manufacturing which had lost 17,000 jobs in the past 12 months. That sector might also come in for some different tax treatment.

''But it's just day one and I don't have any firm plans on tax. There are options to provide incentives for companies to do well. The system favours those who are chugging along. We want to reward those who think outside the square in the way they grow the economy.

''We are prepared to take a more hands-on approach than the Government, which seems comfortable sitting back and watching the job losses mount.''

Dr Clark, who was previously Labour's revenue spokesman, clashed in and out of Parliament with Revenue Minister Peter Dunne. He will now come up against the Government's ''minister for everything'' Steven Joyce.

''Mr Joyce launched a business growth agenda a year ago and nothing has come out of it. I will seek to expose the lack of substance coming out of the Government for the spin it is,'' Dr Clark said.