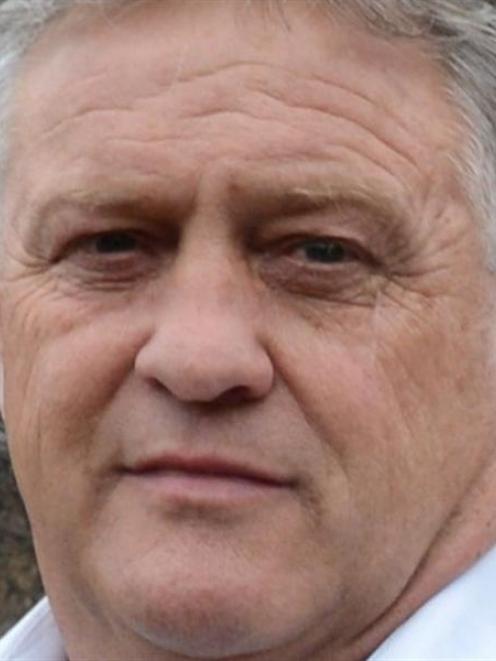 Calvin Fisher.
Calvin Fisher says he understands the community's concerns about quarrying on Saddle Hill, but advises people to direct their frustrations to the Dunedin City Council, not him.

And the sole director of quarry owner Saddle Views Estate Ltd is doing as he says, creating a website outlining the quarry's history and attacking the power of local authorities.

Postcards directing people to the website will this week be sent to 80,000 homes around Dunedin and further afield.

Responding yesterday to negative community reaction to a recent High Court decision that consent did exist to quarry the lower of Saddle Hill's two humps, Jaffray Hill, Mr Fisher said he could understand the community's concerns.

But his position was that he owned the hill, he had a legal right to quarry it and he chose to out of an obligation to quarry staff's long-term security and because it was a valuable resource for the community.

''I have some sympathy for some of these people, but the fact is it is not their responsibility. It is mine and I'm going to discharge that in the interests I think are appropriate.''

People should really be concerned about how the council handled the matter over the past 45 years and how it would put its own ratepayers at a disadvantage.

''That's what they should be discussing at their meeting,'' he said referring to a public meeting organised by Clare Curran MP for December 13.

Saddle Views Estate had relied on the council's documents showing a consent existed, yet the DCC persisted with expensive court action, pursuing a pathway that ignored commercial circumstances, the relevance of private enterprise and the long-term supply needs of the city for materials to improve roads, Mr Fisher said.

Reports that he demanded the city buy the hill if it wanted to stop the quarrying were not correct, but related to a 1970s letter to the local council from then minister for the environment Whetu Tirakatene-Sullivan, that had been introduced as evidence at a 2013 Environment Court hearing.

The minister said that after a full audit she concluded the land was in private ownership, was being quarried with the full consent of the council and that the only way to protect the hill's profile and meet opponents' requests was for the land to be acquired.

A $15 million price tag quoted by DCC chief executive Dr Sue Bidrose came from an informal conversation with her, ''so she understood the true value of royalties and the longevity of the quarry'' and was ''nothing to do with the purchase price''.

He recognised some people would have been ''extremely happy'' had the High Court decision gone the other way, but they might not realise they could then have been lumbered with much higher costs for aggregate materials essential for roads and services the city was legally obliged to provide.

Those obligations were outlined on the website, created under the auspices of the Construction Industry and Developers Authority, which he said provided the opportunity for people to understand the history of the circumstances.

The site states the website was developed ''for the singular purpose of information-sharing, by all ratepayers, landowners, and citizenry; who have suffered any abuses and/or neglect; by their local authorities and regional councils''.

It contains documentation about the quarry since the 1930s and includes a video showing how the hill has been altered by quarry operations since 1942, including its reduction in height by about 35m over that time.

The video ends with a potential option for rebuilding Jaffray Hill to its 1942 profile, that would leave only a small portion of the original rock, and most of the hill reconstructed out of backfill.

It does not suggest how much the work would cost, or who would pay for it.

Mr Fisher said Saddle Views Estate would work with the council to reach consensus on the scope of the consent, as recommended by the court. Those discussions had not yet started.