By Oscar Francis
6 Comments
A classic Dunedin music venue was resurrected for a night after local bands took the law into their own hands.

Videos posted on social media show local bands Hot Sauce Club, Sunflower Scent and The Beatniks playing Sammy’s to a crowd of about 100 on Sunday evening.

A musician who played at the gig, who wished to remain anonymous, said some urban explorers had found an unlocked access point to the Crawford St building a few months earlier.

Sunday’s gig was a one-off special event with a predominantly student crowd. 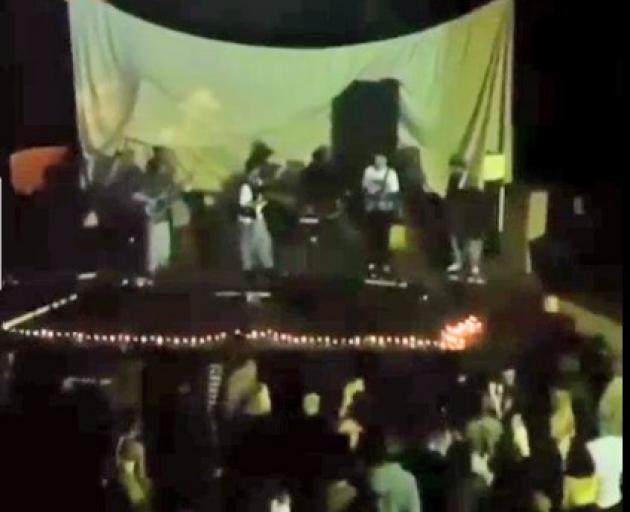 Dunedin band Hot Sauce Club takes the stage at Sammy’s during an illicit concert on Sunday night. PHOTOS: SUPPLIED
Attendees had a great time and were all enthusiastic about supporting the local music, he said.

The bands hired a PA system and used a generator system to provide electricity to the stage.

The gig was organised because there was a lack of places for bands to play.

Noise control made flat parties impossible and the few venues which were still open were booked months ahead of time.

Having "nowhere to go" contributed to poor student behaviour, especially as popular student bars Ubar and Starters had been closed this year. 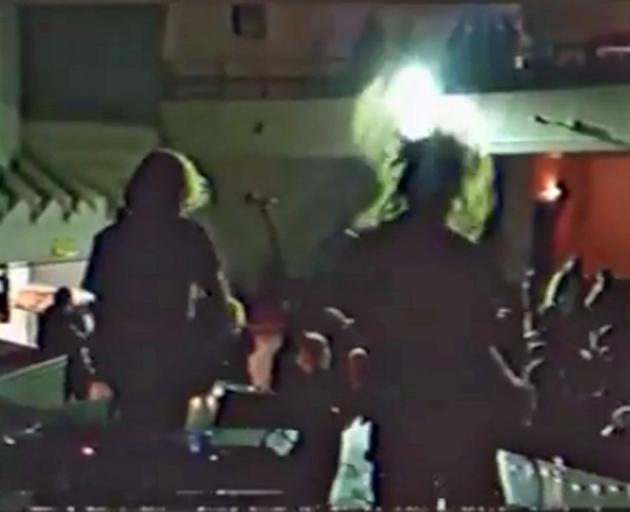 Dunedin band The Beatniks fire up the crowd with a cover of Nirvana’s Aneurysm.
Sammy’s was an "awesome venue" and it was a shame the Dunedin City Council was just letting it sit there because a place with so much history needed use and attention, he said.

He would like to see the council work on making Sammy’s a functional live venue again so the current generation could enjoy it too.

The building has sat idle since the council bought it in 2017 with the intention of redeveloping it as part of an arts hub. No decisions have been made on its future.

The performer said it had been "surreal" to take the same stage as Pavement and The Pogues, who had also played there.

Young people would always be involved in pushing boundaries, be they musical or legal, he said. 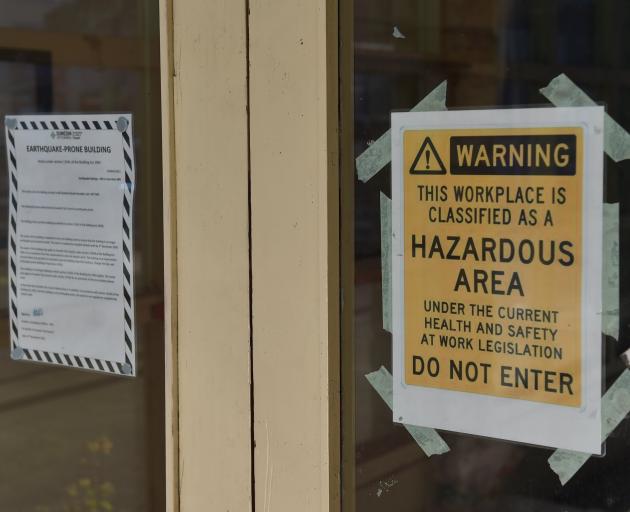 A sign on the window indicates the building is hazardous and says not to enter. PHOTO: GREGOR RICHARDSON
The organisers were aware of the hazards that could occur with old buildings and had done their best to ensure the gig was as safe as possible, as well as to leave things how they had found them.

Attendees were stoked with how the gig went and wanted another one, the musician said.

Dunedin City Council property services group manager Anna Nilsen said the council had been unaware of the gig but was now in discussions with police.

Work towards a new mid-sized venue for Dunedin had already been widely canvassed in the media, and the council had no further comment about the incident, she said.

Great venue - I really miss it.

It's time the council got its act together on this issue. Dunedin has an amazing history of local bands but the newest crop need somewhere to play. Somewhere like Sammy's.

They should in fact reconsider Sammy's and do it up as nowhere will be found that is better.

These people would be wise to remember what that Mayor told them about this place when it comes to election time, how he said he would make a place for them to go and they are still waiting.

Council - forget about whatever theatre you might get around to deciding on eventually, followed by years of plans and "visions" and escalating requirement add-ons, followed by more rates rise, cost blow-out, more rates rises, and did I mention more rates rises?
Fix what's broken, make Sammy's safe, let musicians and actors, dancers, jugglers & ranters use it. These are creative people, they'll adapt their way around it. Cheap + available + now is what we need, artists and audience alike. Council, you don't have to do it all, just stop stopping it happening.

UM.... just remember that not all local ratepayers want to pay for this just as they did not all want the stadium. Perhaps the university would like to come up with the dosh for their student entertainment. Also, remember that no mayor has the power alone to make things happen.

Although "Sunday’s gig was a one-off special event with a predominantly student crowd" Sammy's/His Majesty's would normally be a venue used by every age and interest group. Being an unapproved gig during Red number restrictions it couldn't be advertised widely, ahead of time, and anyway numbers had to be restricted. Since in future students would be only a part of the audience drawn from people living in Dunedin, and perhaps travelling here specially for the show, the university must not take over providing this venue. It is the DCC's job to finish what they started. Why did they buy Sammy's? Land-banking? Carried away with shopping frenzy, shopping for real estate just because it was on sale? They were going to provide a mid-sized theatre/venue but after buying Sammy's they have yeah-no shilly-shallied. Do up the Mayfair. Build a new one from scratch. Seldom a word about Sammy's, if they don't mention it ratepayers will forget they already bought it. Meanwhile years go by with far too few venues available for plays and music. Now the project giving thrills to council and diverting attention from our needs is landscaping George St. Roll on the election!