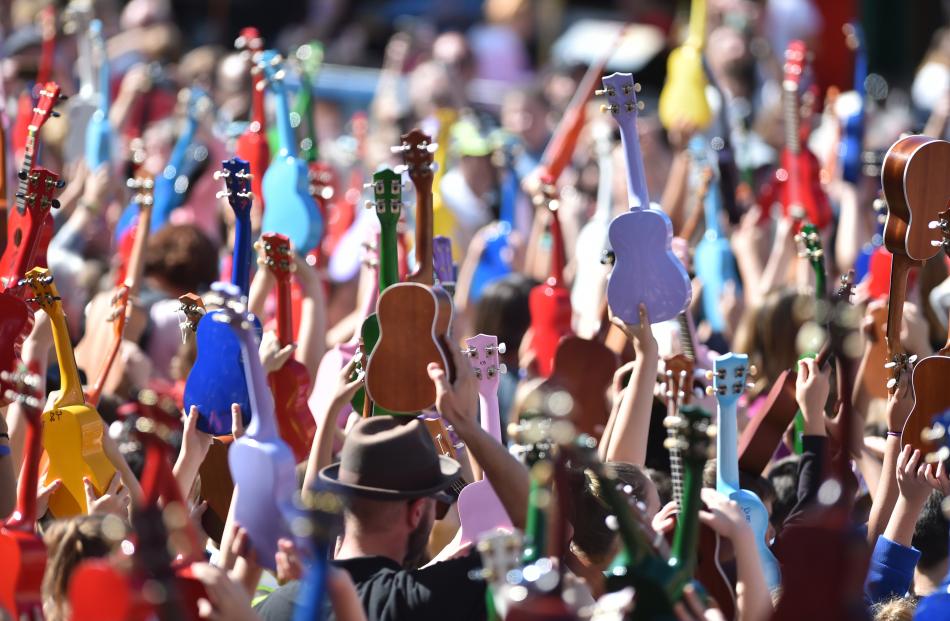 Pupils raise their ukuleles before jamming in the Octagon on today. Photo: Gregor Richardson 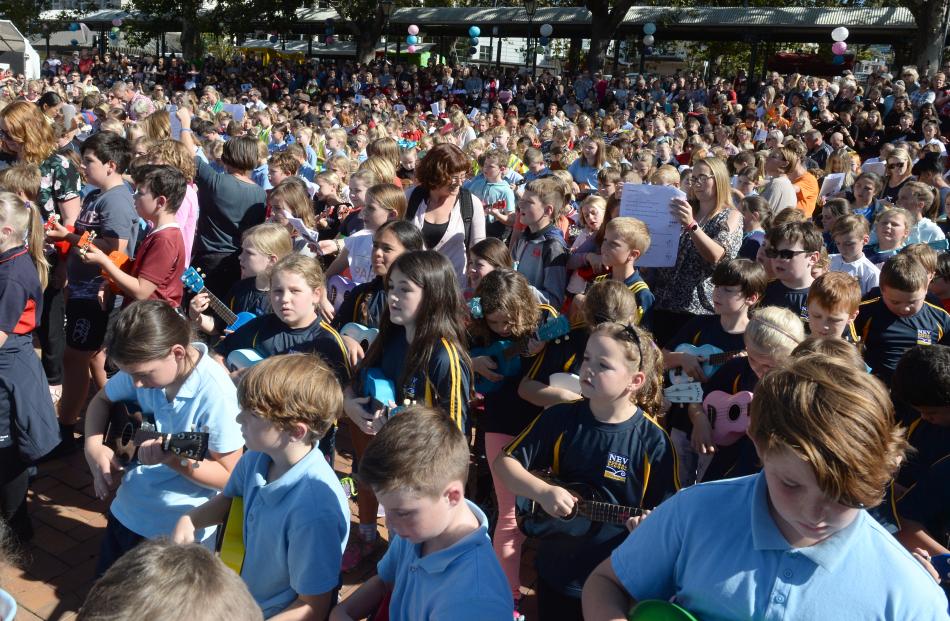 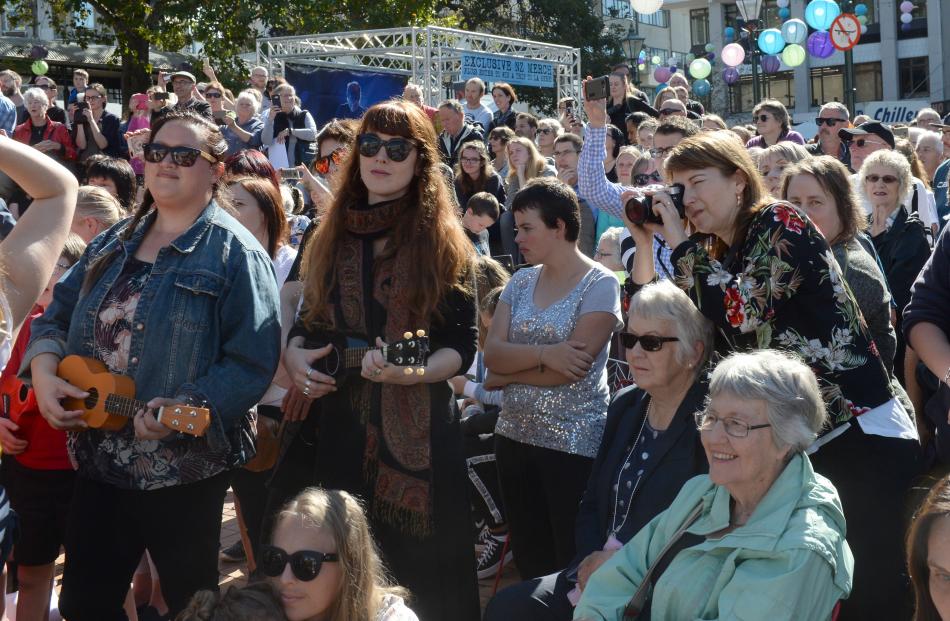 Thousands play songs, some of them from Ed Sheeran's repertoire, on the ukulele in the Octagon this afternoon. Photo: Linda Robertson 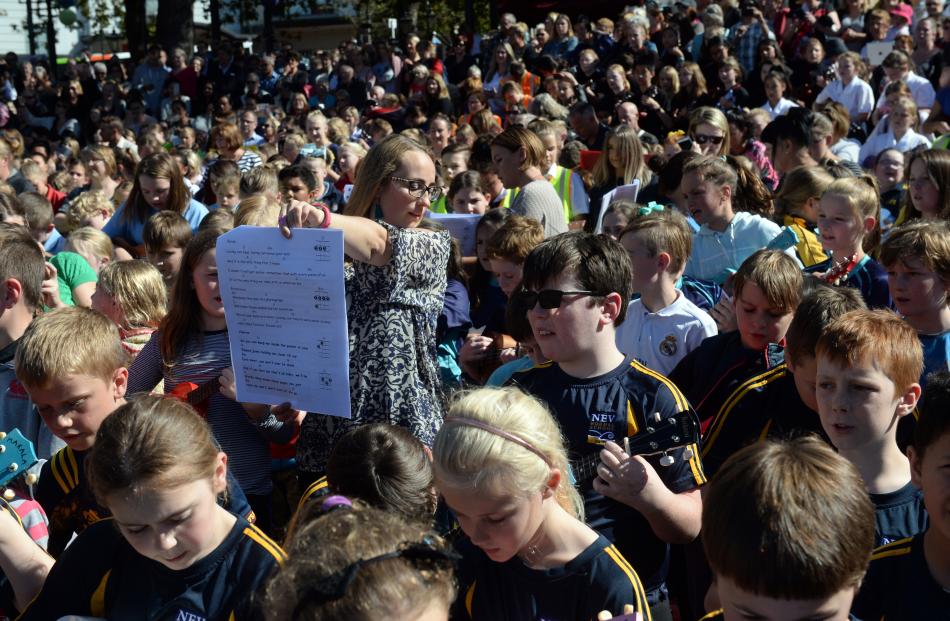 The music to the Ed Sheeran song 'Photograph' is held up for some of the pupils performing in the Octagon today. Photo: Linda Robertson

The lower Octagon was a sea of children and tiny instruments this afternoon as 1100 Otago school pupils from 42 schools exhibited their ukulele skills.

Many kids and viewers hoped Ed Sheeran might make an appearance at the "Ed-uke-ate" event, but it was not to be.

Event co-organiser Rach McNamara said that was fine because "the kids are the event, not Ed".

The children were brilliantly behaved and so were their parents, she said.

"Standing on this stage it was amazing. The tuneful cheeriness that they had."

She was "stoked" with the turnout, she said.

"It was a huge effort to organise. There were a lot of meetings."

His favourite Sheeran song was "The Fire one".

"I'm not sure what the name was. The Hobbit one."

Her school sounded the best, she said.

"We were just playing the best. I thought we sounded great."

The lower Octagon and part of Stuart St have been filled with seating and decorations for the next few days and have been made temporarily pedestrian only.