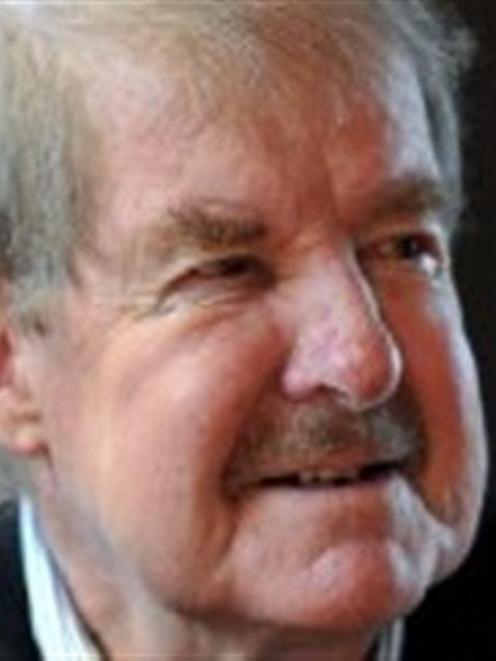 Dr Jock Allison
A group of former AgResearch scientists seeking to have the crown research institute's decision on Invermay staff overturned has taken its fight to the Auditor-general.

The five former scientists argue in a 16-page document lodged with the Office of the Auditor-general that restructuring - which involves shifting 69 staff from Invermay north to Lincoln and about 250 positions in total - would be a ''waste of public money'' and result in a ''crippling loss of scientific staff''.

''We assume the Government does not wish to again be a party to such a flagrant waste of public money.''

The plan was ''developed by an executive staff with a very poor understanding of the needs of the agricultural sector'' and would ''seriously compromise'' New Zealand's economic competitiveness in agriculture.

A previous attempt to relocate staff from the Wallaceville campus had ended with most staff from its reproduction team leaving the organisation rather than move to Invermay.

Dr Allison was uncertain if the Office of the Auditor-general would heed the group's call, but said the request was ''based on solid evidence''.

A spokeswoman for the Auditor-general's Office confirmed it had the document and was considering the request.

Ms Reader was one of the few reproduction staff left at AgResearch who moved from Wallaceville when it shut down in 2008.

Southern Texel Breeders Association spokesman Hamish Bielski said the latest redundancy and AgResearch's decision to go ahead with plans to move genomics staff to Lincoln showed it was ''neglecting'' beef and sheep farmers in favour of dairy.

''They assure us that everything is going to be fine, but their actions speak otherwise.

''Their words are hollow.''

AgResearch's decision to stick with a plan to shift its genomics team from Invermay to Lincoln was a ''huge blow'' to sheep and beef research, he said.

''All the assurances in the world can not make this right because of the loss of key staff.''

The next step for him in fighting the decision on Invermay was to liaise with Beef and Lamb New Zealand, which had sought more detail on the plan.

Mr Bielski said it was ''embarrassing'' how few staff from Wallaceville remained at AgResearch.

An AgResearch spokesman said it was not ''neglecting'' sheep and beef research.

''The retention of Invermay and Ballantrae hill farms as centres for sheep, beef and deer research underlines our continued commitment.

''Future Footprint is about better positioning ourselves so we can deliver benefits for all New Zealand pastoral farmers and the New Zealand economy more efficiently and sustainably.''

He confirmed AgResearch was ''looking to relocate'' 69 staff from Invermay to Lincoln, down from an initial plan of about 85.

It was yet to receive notification of the complaint to the Office of the Auditor-general ''and would not comment on it without seeing it''.

Attempts to contact Ms Reader were were unsuccessful yesterday.

The 1100ha property has a 332ha dairy unit and a 768ha sheep and beef unit. Proceeds from the sale of farms will be used to fund its restructuring programme.