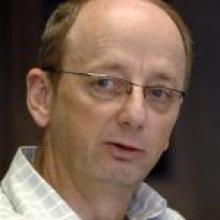 Tony Avery
A shake-up of the way the Dunedin City Council manages its $1.9 million vehicle fleet could deliver big savings, but also deal a blow to Dunedin's car dealers.

A review of the council's fleet management costs - obtained by the Otago Daily Times - has recommended ending the council's policy of supporting Dunedin car yards when buying new vehicles.

The suggestion, which is yet to be approved, aims to increase competitive pricing when the council buys vehicles for use by its staff.

That would help the council obtain the best deals and minimise pressure on rates arising from the council's existing purchase policy, the review said.

It was one of 14 recommendations that together would shave at least 20% off the $921,000 annual bill for vehicles accrued by just one council department, the water and waste services (WWS) unit, the review found.

Some of the recommendations, if adopted, could also be rolled out across other council departments, adding to pontential savings.

The review was carried out by Management Toolbox, an Auckland-based strategic planning consultant employed by the council last year to examine vehicle fleet costs within the council's WWS unit.

The review was completed in August last year as part of a search for efficiencies that could be achieved through a new council-controlled organisation (CCO) for water.

Its findings, together with those of a peer review, were still to be considered by council staff, with decisions expected later this year.

A copy of both documents were released to the ODT last week, following a request under the Local Government Official Information and Meetings Act 1987.

The council maintained a fleet of 205 vehicles, including cars, light and heavy trucks, as well as forklifts and other specialist vehicles.

Existing policy required the council to buy goods and services from Dunedin suppliers where possible, if the purchase price was under $50,000, which meant a variety of Dunedin dealerships were supported, the review found.

The council's vehicles were managed in-house by Citifleet and leased to individual council departments, the review said.

Council city environment general manager Tony Avery said the fleet was worth $1.9 million, and the various arms of council together paid $2.163 million in leases to Citifleet in 2010-11.

The review found the WWS unit's share of the Citifleet bill was $921,000 each year, which covered the lease of 76 vehicles, plus fuel, maintenance and other costs.

However, the review found 16% could be trimmed off the WWS unit's annual vehicle costs in the first year, if all 14 recommendations - including an end to the buy-local policy - were adopted.

The savings could rise to at least 20% within two or three years, if all the changes were implemented.

The review acknowledged an end to the buy-local policy "will be unpopular with local dealerships", as the policy aimed to support the continued viability of Dunedin businesses.

However, the council also had to minimise costs for ratepayers.

"In this regard, unless local vehicle dealerships can 'meet the market' or at least be within an acceptable range, it will be impossible to achieve both objectives."

Among the other recommendations were suggestions more vehicles be bought in bulk, or leased rather than bought where appropriate, and some - including ageing or underused vehicles - could be sold earlier to maximise resale prices.

The use of global positioning system technology could also increase fleet management savings, the review suggested.

However, Mr Avery sounded a note of caution, saying no decisions had been made and it was not clear what savings could be achieved.

The peer review of the original Management Toolbox review had been conducted by FleetSmart, which provided fleet management services to the council, and its findings contradicted some of those in the original review.

That included the suggestion the council should end its buy-local policy, as the peer review questioned whether doing so would achieve further savings, he said.

All recommendations would need to be worked through by council staff, he said.

"We've clearly got, in some cases, differing views from people who were engaged to provide us advice around the most efficient management of the fleet. At the end of the day we'll need to make a call."

Some savings could eventually be introduced across other parts of the council's organisation, but "you can't assume that we'd get the same savings across the entire fleet", he said.

Some of the review's findings could be implemented by staff, if accepted, while others would be reported to councillors as part of wider departmental reviews seeking savings, due later this year, he said.

DCC vehicles
• 205 vehicles, managed in-house by Citifleet.
• Total value $1.9 million.
• Costs council departments $2.163 million each year to lease from Citifleet.
• Council's water and waste services (WWS) unit leases 76 vehicles.
• Total cost to water and waste services is $921,000 each year.
• Review suggests 14 ways to cut WWS bill by 16% in year one, and by at least 20% by year three.
• Recommendations include ending council's buy-local policy for vehicles.
• Not supported by peer review, but all options remain on table.