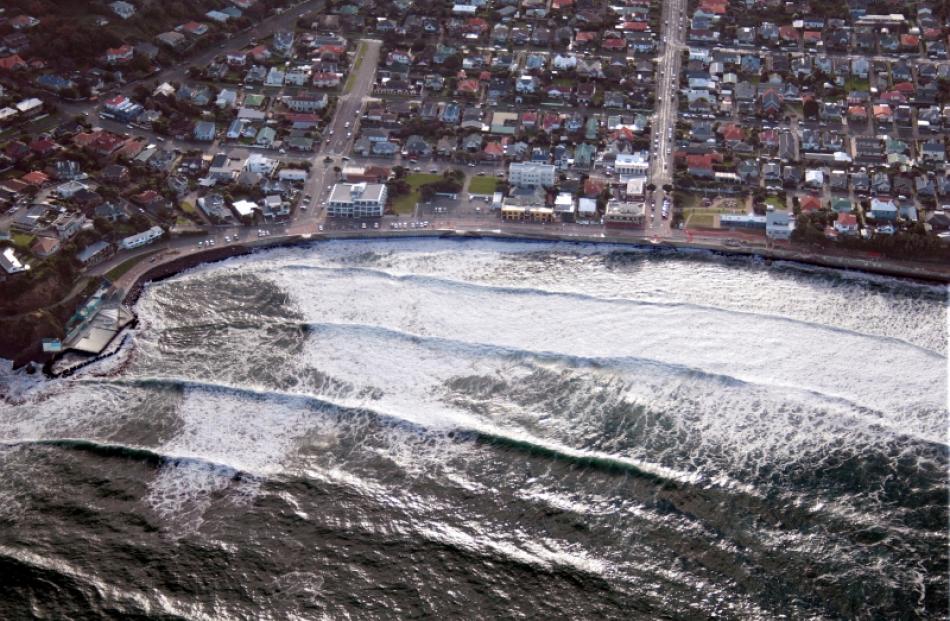 The effects of climate change and sea level rise are about to have an impact on Dunedin with a policy proposed for inclusion in the Dunedin City Council's latest district plan. Dan Hutchinson looks at the limit on new development in southern suburbs and the risks to some of those low-lying areas.

A limit on development in South Dunedin is proposed in the Dunedin City Council's second-generation district plan while it looks for a solution to rising sea levels.

Large swathes of South Dunedin and surrounding suburbs are built on reclaimed swamp and some areas are only 30cm above the water table.

One solution being considered is a series of wells, drains and pumps to artificially lower the water table throughout South Dunedin.

Council sustainability adviser Maria Ioannou said the halt was a ''holding pattern response'' while they worked out what needed to be done.

She said a report on engineering solutions to the problem was being finalised by staff but one option was to use a network of large pumps and drains.

Staff were also working out a dollar value of the areas affected, including critical city assets like the Tahuna Wastewater Treatment Plant. Ms Ioannou said they did not want to ''panic'' people in the densely populated residential area and they were talking in time frames of 50 to 100 years.

''We don't want to have more people put in an area that we, as yet, don't know what we are going to do with around things like climate-change impacts.''

She said many people thought sea-level rise was about water lapping over the top of something but, in the case of South Dunedin, it was a case of the water table rising with sea change.

''Lots of people will already be quite familiar with that. A lot of people know their land is pretty saturated ... when there is a [very] high tide bits of Portsmouth Drive get flooded.''

Waitati residents have also put their ideas forward in a separate study commissioned by the council called ''Beginning Climate Change Adaptation and Planning in Waitati''.

Residents there have vivid memories of floods in 2006 that caused widespread damage and cut off the town from emergency services. Residents of one house had to be evacuated by helicopter.

Blueskin Resilient Communities Trust manager Scott Willis said while that event could not be blamed on sea-level rises, it did illustrate what happened when flooded rivers and tides combined.

Some of the more adventurous ideas put forward by Waitati residents included constructing a sea wall, a ''managed retreat'' of houses from low-lying flat areas and no more subdivisions in low areas.

Other suggestions revolved around better transport links, good communication between residents and having enough locally grown food so the community could feed itself for a few days.