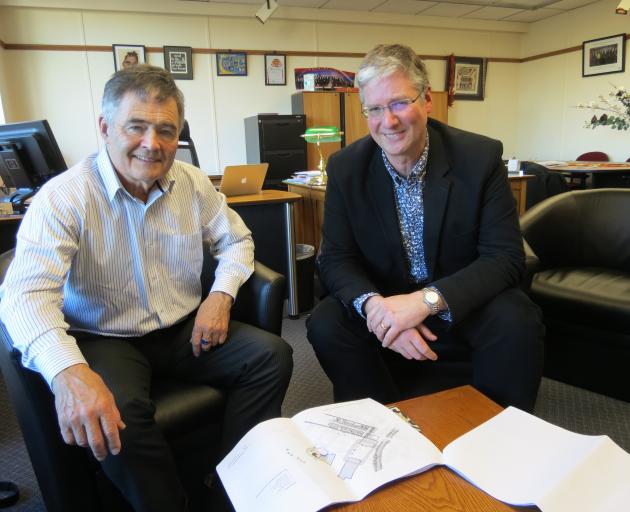 Council representatives will hold a community open day on August 20 at the Dunedin Gasworks Museum to discuss potential locations for a hub.

At the top of the list of proposals is the former BNZ bank site in King Edward St along with part of the adjacent DCC car park.

It could also incorporate part of the Gasworks Museum for community activities.

DCC services and development general manager Simon Pickford said council staff had consulted the community extensively, including at last year's South Dunedin Street Party, on what local people were looking for in a hub.

The top community wishes for a hub included a library, an internet space, a youth hub, public toilets, a bike library and creative spaces.

```We have a really good idea of what the community wants from a facility. Now, it is about identifying a space,'' Mr Pickford said.

``The community has told us they would like something central, and it has to be accessible.

``We have also talked about reusing a heritage building, because it is something we are passionate about and it also keeps costs down if we are not building something from scratch.

``We think we have come up with a good combination, but we need to test that with the community in case we have missed something.''

These would be discussed during the open day on August 20, which would run from 10am to 4pm.

It was important for people to give their feedback on the staff-recommended option of using the former BNZ building and adjacent space, Mr Pickford said.

People who attend the open day would be asked three questions:

Has the council got it right with the combined hub option?

Will it work for the community?

Is there anything else about these sites we need to think about?

Two discussion sessions will held, at 11am and 1pm.

Anyone unable to attend can give feedback through email, social media and the council website.

If the community agrees, the proposed hub site will be taken to the final council meeting in September for approval. Work on establishing services would begin in mid-2017.

The council has tagged $2.6million for the South Dunedin community hub project in the 2016-17 financial year and $3million is tagged for the 2018-19 financial year.

Dunedin Mayor Dave Cull said existing community hubs, such as the Methodist Mission hub in the former Forbury School space and the upcoming Ngai Tahu wellbeing centre in Caversham, had been positive for the South Dunedin community.

``We think this hub will also help to address a range of needs in the community in a positive way,'' Mr Cull said.

It was important to test the concept with the community before it went to council for a decision, he said.

``The community helped to bring this concept to life, because it is their suggestions that have gone into it.''