Several factors may have contributed to the deaths of hundreds of fish at a Dunedin stream last month.

Dead fish, including smelt, flounder, giant bullies, trout and inanga, were seen in the Kaikorai Stream and estuary at the Brighton Rd bridge on February 20.

The Otago Regional Council has investigated, but said it found no conclusive evidence of an upstream pollution event.

However, scientific advice identified that degraded water quality, high temperatures and the opening of the coastal mouth were all possible contributing factors to the deaths. 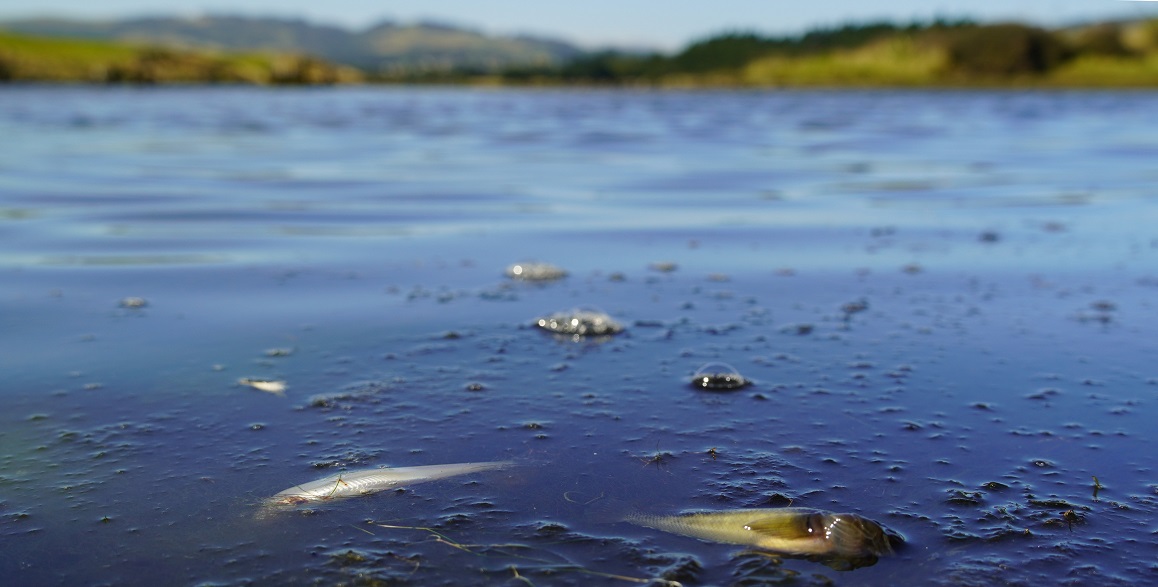 Hundreds of fish including several native species were found dead in the Kaikorai Stream and estuary, particularly around the Brighton Rd bridge. PHOTO: IAN HADLAND/OTAGO FISH & GAME
Local residents had raised concerns the water levels were lowered for work to be done in the stream recently.

The investigation’s findings would be independently reviewed.

"Having a qualified third party evaluate these findings will provide an independent assessment of the legality of the activity."

"Opening the mouth may have allowed the oxygen-rich layer to drain out of the estuary, exacerbating natural factors such as temperature and algal growth."

Under the new National Policy Statement for Freshwater Management 2020, the council will be required to develop an action plan to halt water quality degradation and improve the health of water bodies that do not meet the policy statement’s bottom lines.

The council’s engineering team has engaged independent expertise who were assessing both the incident at the Kaikorai Estuary and an earlier incident of mass fish deaths at Silverstream in January.

Hopefully the review will be truly independent. Does anyone trust the ORC these days?