Shining a light on the forgotten WW1 soldiers 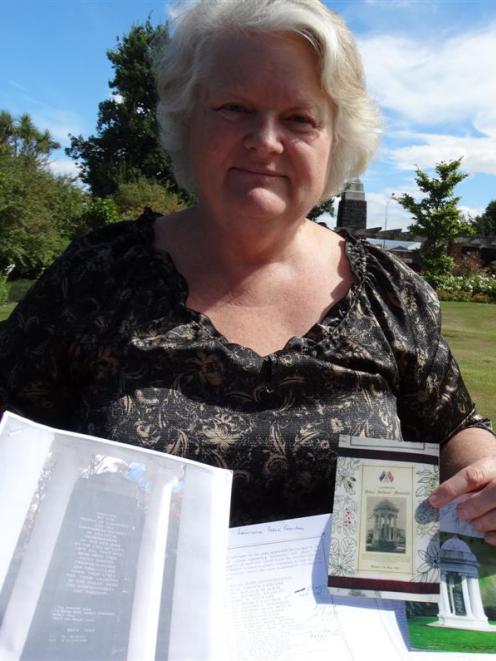 As reported in the Star, Mrs French was searching for photos of the soldiers for her book. She had managed to find about 165, but still needed about 46.

Since the Star article, Mrs French had recieved a good response, with members of the public supplying photographs and information on soldiers.

She had also contacted the Canterbury Museum, which had 27 matches on the names she was seeking.

Family and friends of deceased servicemen were invited to plant a memorial tree or shrub.

The names of many servicemen commemorated with a tree were subsequently inscribed on the war memorial but 47 were not.

Mrs French originally began identifying soldiers who had a memorial tree but as anomalies became apparent, she expanded her project to include everyone on the war memorial, then rolls of honour from the various churches and schools in the area.

She soon discovered each of the smaller memorials included soldiers who did not appear to be commemorated anywhere else.

''Unfortunately, with the selling-off of the churches and schools, in many cases I have only been able to rely on newspaper reports of unveiling ceremonies, as the memorials themselves no longer exist,'' she said.

Mrs French is now compiling a book with information on more than 200 soldiers.

''The number is still increasing, as with further research I am stumbling across an occasional soldier who appears to have 'fallen through the cracks.' My book includes the occasional returned serviceman who died soon after the war memorial was erected, brothers of deceased soldiers who also served, and 'mistakes' where the Ministry of Defence had notified the wrong family, leading the family to insert a death notice in the paper,'' she said.

''Many of the service personnel enlisted in regiments other than Otago, and in a lot of cases had moved away decades before the start of World War 1. However, they, or their family members held positions integral to the fabric of the community.''