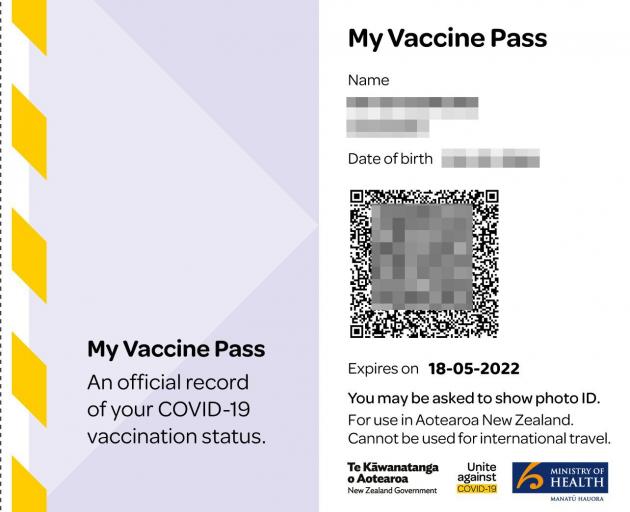 With a new day in the Orange level dawning, retailers in Dunedin remain concerned about the practicalities of what using — or not using — vaccine passes could mean for their businesses.

"Retailers are going through a particularly difficult time at the moment, so we want to really encourage people to support local and encourage local businesses over the Christmas period."

"How it will look for retailers is a bit of an unknown at the moment.

"If they choose to allow only those with vaccine passes, then those who are unvaccinated will obviously not be able to visit, but if they don’t require passes, then the question becomes whether people who are vaccinated are going to feel safe in that environment."

It was an "evolving situation", but it was of utmost importance that retailers do what would best serve their customers, she said.

In her interactions with business owners, she said there was an overriding sentiment retailers were keen to follow the mandates, and would be working within the framework as it stood.

Under the Orange setting, shops, including outdoor markets and banks, could open with capacity limits based on 1-metre distancing. Retailers could choose to follow My Vaccine Pass requirements, without affecting their capacity limits. They could insist customers showed a vaccine pass to enter the shop, but were not required to.

Weatheralls Jewellers owner Brent Weatherall said he would not be implementing vaccination pass checks as it was not mandated for retail businesses.
While all of his shop’s staff were fully vaccinated, customers would not need to be to enter the premises, Mr Weatherall said.

"People are rubbing shoulders with vaccinated or unvaccinated people.

"It makes no difference if it’s in the street or in my shop," he added.

On the other hand, Rosemary McQueen, who ran the Potters Collective in the central business area, already had posters printed, which would be placed at the entrance to her shop.

"The Government has introduced this in a way that will make it less likely for patrons to transmit the virus.

"We will be doing our best to make the process as safe as possible, both for ourselves and for our customers," she said.

Ms McQueen said customers would need to present their pass at the counter, as only one person was usually working in the store at any one time.

The passport could be visually sighted or it could be scanned, and should the scanned pass come up as red, staff would make a note, she said.

Close contact businesses including gyms, hairdressers and beauty clinics, which were required to check vaccine passes, were also readying for the new regime.