'Something amiss' with Livingstone 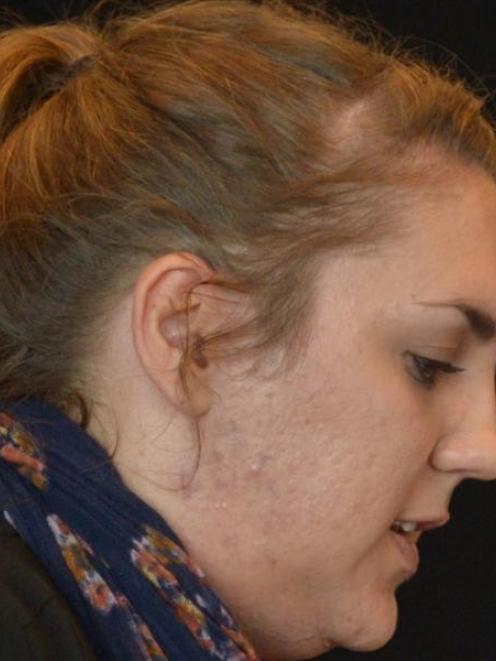 Rebecca Cadogan.
When news broke that Edward Livingstone had killed his children, former Barnardos employee Rebecca Cadogan was not surprised.

''There was something amiss about him but not something I can put my finger on,'' Miss Cadogan told Chief Coroner Judge Deborah Marshall yesterday.

Her comments came on the third day of an inquest into the deaths of Livingstone and his children, Bradley (9) and Ellen (6).

Miss Cadogan said when she heard of two children being killed by their father in Dunedin on January 15, 2014, she was out of town. The children's names were not released immediately but she feared the worst.

''It was a gut reaction I had towards him after [a prior] incident,'' she said.

During one of his supervised visits he changed in an instant from an ''emotional and sick'' individual to a man who was ''aggressive and dominant''.

''It showed he could be quite unpredictable.''

Anne Stevens, counsel for the children's mother, Katharine Webb, asked if Livingstone's actions on January 15 ''fitted with the man you knew''.

Livingstone killed Bradley and Ellen in their beds in the St Leonards home the children shared with their mother.

In the months before the deaths, Livingstone was twice charged with breaching a protection order preventing him from contacting Ms Webb.

Livingstone had six supervised visits with his children at Barnardos between November 13, 2013, and January 15, 2014.

Miss Cadogan supervised all but the final visit.

Bradley and Ellen displayed anxiety before the first meeting.

''The children were reluctant to see Edward,'' she said.

''Both were quiet and withdrawn.''

The behaviour was not unusual for children in supervised visits, Miss Cadogan said.

They became more relaxed during the course of the five visits she supervised.

She felt the visits were ''more about him than the children''.

''He rarely engaged and played with them - he would sit and watch them,'' she said.

He also spoke about topics out of their comprehension and would only play at their level when they insisted.

''He acted like it was a big deal for him to play and he was doing them a great service,'' she said.

''On one occasion, he jokingly told Ellen a toy she was playing with was 'for babies'.''

His expressions of love at times ''appeared to be a performance rather than a genuine reaction''.

Livingstone never physically hurt the children but at times did appear to be emotionally manipulative, Miss Cadogan said.

He accessed the house using a spare key which had been stolen earlier.

''Ed had played me that well that I didn't even know he had been doing it,'' Mr Mans said.

''I believe Mr Livingstone manipulated me quite well with his behaviour leading up to this.''

In 2013, while the pair were living together, Livingstone went with Mr Mans to sight a .303-calibre rifle.

''He seemed to not like the shooting at all,'' Mr Mans recalled.

Despite this, Livingstone collected four .303 casings from Mr Mans - he would later give them to his children as a gift.

Mr Mans told the court Livingstone once confided in him that ''his father put a gun to his head''.

At times while living at the house, Livingstone drank beer until he could barely stand.

''He would actually stumble into the house and stumble into his room and fumble around looking for his medication and then go to bed - he was feeling sorry for himself,'' Mr Mans said.

Earlier, the court heard Livingstone had been drinking alcohol in the hours before he shot his children.

Despite this, he was well under the legal limit to drive and the dosage of antidepressant in his blood was below the therapeutic dose, the court heard.

Blood analysis taken after he died found 47mg of alcohol per 100ml of blood. The legal limit for drink-driving at the time was 80mg.

Dr David Chaplow, convener of the serious adverse event clinical review into the children's deaths, told the inquest it appeared Livingstone was weighing up his options in the days before the slayings.

Livingstone spoke to his new partner, Karen Wright, about 8.30pm on January 15, while drinking on a park bench.

''What we know from the lady friend [Ms Wright] is by half past eight he was sitting in a park feeling quite morose and thinking about what he's going to do,'' he said.

''It seemed to me he had been thinking about his options, so to speak, for a day or two - hence stealing the gun, stealing the key,'' Dr Chaplow said.

Despite the number of ''red flags'' coming to the attention of the clinicians dealing with Livingstone, the slayings were ultimately unavoidable in terms of clinical intervention, he said.

Robin Bates QC, counsel for police, asked ''if somebody makes up their mind to do this sort of thing, there's a high likelihood they will do this despite all the interventions, is that a correct comment?''.

Livingstone seemed to ''impression manage'' his clinicians, not allowing them to gain a full insight to his personality.

Some clinicians noticed he was self-serving, deceptive, an alcohol abuser and narcissistic, but no-one got the full picture and some saw him as ''a loving father'', Dr Chaplow said.

On day one of the inquest, the court heard Livingstone had deceived his psychiatrist Dr Christopher Wisely.

A co-worker told the court on Tuesday she felt Livingstone knew ''what to say to the right people to get them off his back''.

His psychotherapist, whose name is suppressed, also appeared deceived by Livingstone.

He was careful in what he shared with her and the image she got was of a man who ''was going through a really difficult time''.

The inquest is set down to conclude today.