MetService meteorologist Kyle Lee said the temperature at Dunedin Airport was -8.6degC, narrowly beating the previous record of -8.5degC which was set in June 28, 2006.

Mr Lee said the coldest spot in the southern region yesterday was Middlemarch, where the temperature dropped to -11degC. 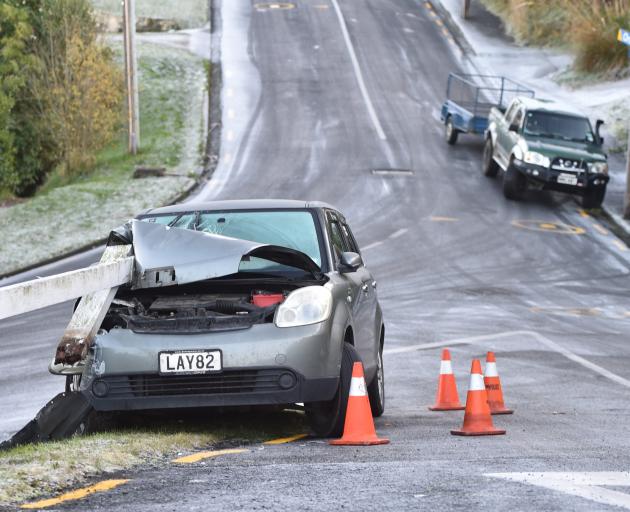 However, another car crashed into a fence in Orbell St at 7.50am — a fencepost went through the car and a person was taken to hospital with minor injuries, he said.

"It is important to note that not all streets are treated. Main arterial routes are the priority, followed by busy roads that feed on to arterial routes."

Mr Lee said more frosts were forecast for much of the region today.

There are expected to be some showers tomorrow, but then more frosts on Sunday.