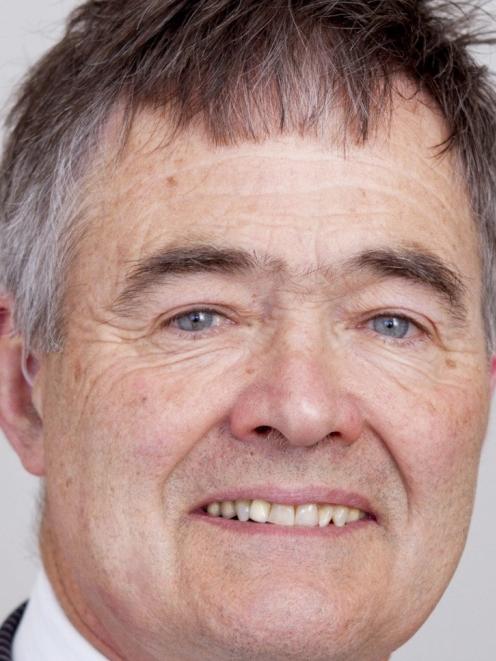 Dave Cull
The DCC cannot afford to be ''profligate'' when attention turns to its next budget later this week, despite staff trimming millions of dollars of spending to cut the forecast rates increase to just 2.5%, Mayor Dave Cull says.

Mr Cull and council chief executive Dr Sue Bidrose were both full of praise for council staff, who had produced a forecast rates increase lower than the council's goal of no more than 3% for the 2014-15 year.

The result would be under the microscope when councillors began debating the draft budget on Thursday, at the start of a 2014-15 draft annual plan hearing that could stretch into next week.

Public submissions and deliberations would follow before the final budget was confirmed by July 1.

It was the third year in a row council staff had delivered on targets set by the council, which aimed for annual rates increases not exceeding 5%, 4% and 3% beginning in 2012-13.

Dr Bidrose said the council was also, for the first time in a decade, set to repay more debt than it borrowed, by $6.3 million, in the 2014-15 year.

It might even achieve the milestone by the end of this financial year, on June 30, although the result was going to be ''close''.

Despite that, Mr Cull and Dr Bidrose both stressed the council's finances remained tight and would be for some time, as the council continued to cut spending while working to reduce core debt below $200 million.

The council was on track to reach that milestone in 2021, but only if councillors held their nerve, Mr Cull indicated.

''I think our responsibility to our ratepayers is to keep the pressure on,'' he said.

However, the 2.5% rates forecast for the coming financial year meant the council now had $633,000 of headroom in its budget, Mr Cull said.

The money could be spent if needed, while remaining within the coming year's 3% limit, but a host of competing options and projects were jostling for the money.

More would come when community groups had their say on the budget and pleaded for funding in the months to come.

Mr Cull said councillors could opt not to spend the $633,000, and keep rates at 2.5%, use the money to pay off debt, or invest it in areas designed to save more money over the longer term.

However, with the eyes of international credit agency Standard and Poor's still on the council, despite a negative credit watch being lifted, one thing the council could not afford was ''a spending spree'', Mr Cull said.

''Any profligate throwing of even that $600,000 around would send completely the wrong signals,'' he said.

Mr Cull said a report outlining the relative merits of the various options for using the money would also be considered during this week's hearing.

Some was used to accelerate debt repayments and the rest spent on ''invest to save'' options.

However, a council policy made debt repayment a priority for any savings identified, and meant any arguments for alternative uses of the money would have to be ''convincing'', Mr Cull believed.

One possibility could see councillors using some of the money to begin scoping work for major projects pencilled in for the next few years, including the mooted South Dunedin library, Mosgiel pool and earthquake strengthening of the Dunedin Gasworks Museum.

The improving financial health of the organisation - with costs trimmed, spending cuts and accelerating debt repayments - showed the council had ''turned a corner'', but the hard work would have to continue, she said.