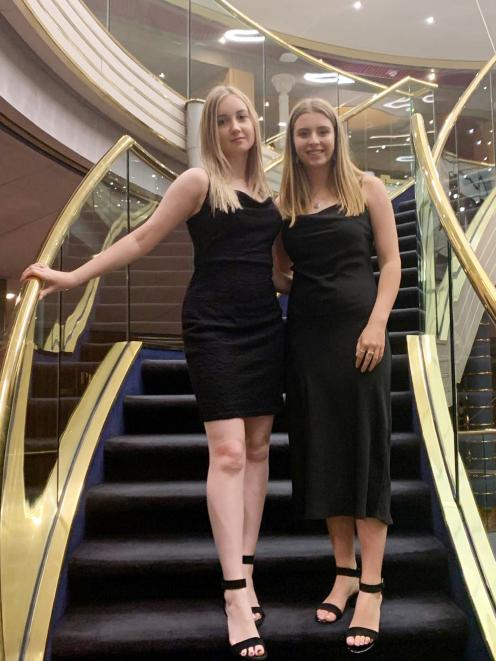 Enjoying a formal night while stranded on board a cruise ship barred from docking over coronavirus fears are (from left) Maria Angus (20) and Meg Sayers (16), both of Dunedin. PHOTO: SUPPLIED
A Dunedin woman and her family are among thousands stranded on a cruise ship due to fears of the coronavirus outbreak.

Maria Angus boarded Holland America’s MS Westerdam on February 1, in Hong Kong, but has been unable to disembark since February 4 when the cruise visited Kaohsiung, in Taiwan.

It has been allowed to anchor off the coast of Cambodia, near Sihanoukville, having been denied entry by five other countries.

The fashion student said she was with seven others who had planned a three-week cruise around Asia, staying in Shanghai and visiting the Great Wall of China, to celebrate a friend’s 60th birthday.

While the group’s plans were cancelled, she said it had not been hard to fill in the time.

She had made the most of free gym classes and watching on-board entertainment.

"Everyone’s making the most of the entertainment on board, and spirits have been pretty high.

"It is annoying, but also we’ve been on a luxury cruise ship for two weeks with our closest friends.

"It hasn’t really been hardship."

She said the cruise line had treated them well.

"The ship has given us a full refund and 100% of what we paid for this cruise off the fare of the next cruise we do.

"They’re really trying to make it up to us."

A captain provided updates daily and it seemed they would be able to disembark today as officials were aboard the ship and had been checking passports, Miss Angus said.

The group members were trying to book flights to travel to Vietnam before their return home. 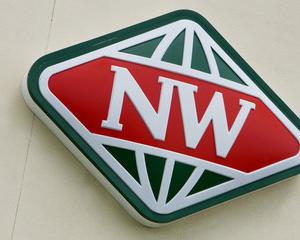 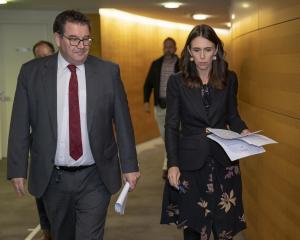 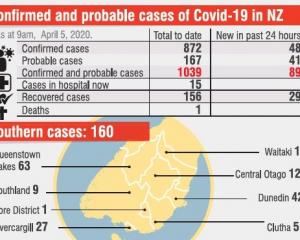