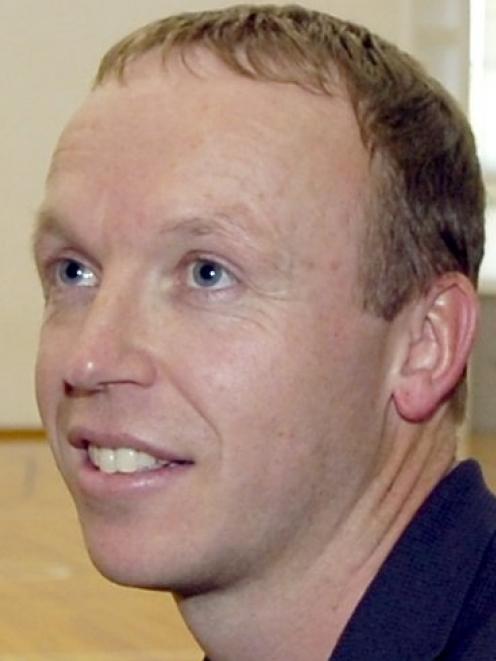 Blair Crawford
The Edgar Centre is seeking a major naming-rights sponsor and millions of dollars worth of sponsorship to help solve its financial challenges.

The centre "scraped by" and was breaking even, but did not have enough money to do things it really wanted - and in some cases needed - to do, such as replacing turf, lighting and other equipment; adding new programmes and attracting more events, general manager Blair Crawford said.

Since taking over as general manager two years ago, he had always thought there was more the centre could do to raise money, Mr Crawford said.

The 17-year-old indoor sports and recreation centre costs about $1.4 million a year to run, after rent of $684,500 is paid to the Dunedin City Council.

The council gives the centre $840,000 a year (from which the rent is paid) under a service level agreement. Other money is raised through sports and events use and some minor sponsorship.

Most of the centre's costs go on electricity, wages and maintenance.

"We run a pretty tight ship in terms of how we operate, so there's not a lot of extras to do the things we'd like to be able to do to benefit the centre and hopefully this will help us.

"We don't want to be going cap in hand to the city asking them to pay for it."

The trust operating the centre is seeking to secure up to 20 local or national corporate sponsors.

The centre is seeking "conservative" sponsorship of between $1 million and $1.5 million for 10-year naming rights for the venue, making it the "Sponsor's name Edgar Centre".

The Lion Foundation, which did not provide ongoing grants but contributed to the development of the arena, had indicated it was "no longer in a position to be able to request continued naming sponsorship for the arena" and was in agreement that a corporate sponsor take over its naming rights.

Lion Foundation chief executive Phil Holden could not be reached for comment yesterday.

Dunedin businessman and philanthropist Sir Eion Edgar, who helped finance the purchase of the building for the centre with a $500,000 gift and subsequent donations, had "graciously" agreed to corporate sponsorship naming being added to centre's name, Mr Crawford said.

It was intended any sponsorship agreement would complement, not replace, the funding relationship the centre had with the council.

He was optimistic sponsors would be found, despite the economic environment, because the centre was popular - 600,000 people used it each year - and visible.

"We think it's a pretty attractive package we are offering."

Dunedin Mayor Dave Cull said he had not heard about the sponsorship drive, but it sounded "very self-reliant" and he welcomed the approach of centre management.