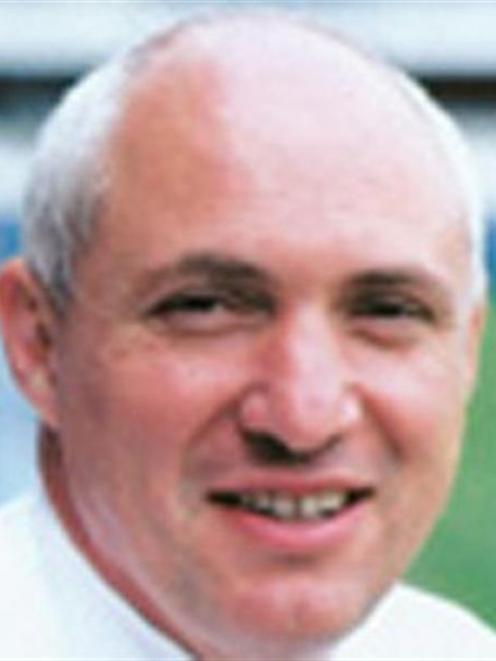 David Davies.
The new head of the Forsyth Barr Stadium has started work in Dunedin.

Welshman David Davies had his first day in the office yesterday, beginning his new role as chief executive of Dunedin Venues Management Ltd (DVML) with back-to-back meetings after arriving in New Zealand on Friday.

DVML was the company formed by the Dunedin City Council to run the stadium and other ratepayer-owned venues.

Mr Davies (50) was not available yesterday but would speak to media this week, a Carisbrook Stadium Trust spokesman said.

Mr Davies would initially be a council employee, until transferring to the DVML's books once the stadium was completed in 2011.

His salary package would make him the second highest-paid council employee.

He was head-hunted for the role after stints as chief executive of the Queens Park Rangers football club and London Wasps rugby club.

He has concert promotion experience, and controlled Manchester Arena - the largest indoor arena in Europe, with space for 21,000 people.

Most recently, he was managing director of DHP group, specialising in the management of bands, venues and events.