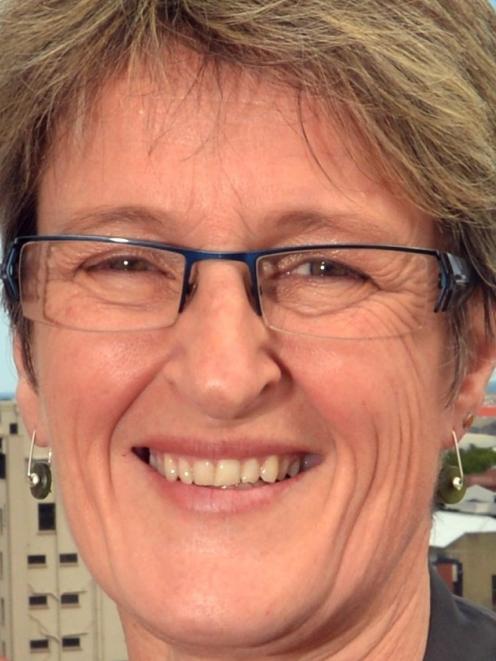 Dr Sue Bidrose announced the review yesterday after learning the stadium was again going to be unable to achieve its budgeted revenue this year and was likely to seek more financial assistance from the council.

She told councillors working on a draft budget for 2014-15 that after two years of operation for the stadium and a clearer idea of what it could actually achieve, original budgets suggesting it could pay its own way had proven to be ''fundamentally optimistic''.

The stadium was set to make another financial loss this year and a bigger one next year despite the council giving an extra $750,000 for community events last year and $1.1 million to pay for Dunedin Venues Ltd debt and for an events attraction fund this year.

It had become increasingly obvious the complex operating and financial models under which the stadium was run needed to be ''fundamentally reviewed and rebuilt'', she said.

''I can't in all faith continue come to you every year cap in hand to ask for extra money to try and make the current model work. We need to come up with a solution for you, for all of us, once and for all.''

The situation was affecting the morale of stadium staff, who knew they could not meet revenue targets, and council staff who had spent years trying to make the stadium work, as well as having to make big savings in other areas, she said.

''Many of you, councillors and ratepayers, are rightly tired of it.''

All options for a new operating model were on the table, from bringing the operation in-house to privatisation, she said.

Ratepayers at present pay $9.125 million each year towards stadium funding, largely made up of loan repayments.

The stadium cost $224 million to build, not counting related costs such as a road realignment, the sale of Carisbrook and bailing out the Otago Rugby Football Union. There is still $144 million outstanding to pay on it.

Dr Bidrose said stadium operator Dunedin Venues Management Ltd (DVML) had only been given half of the $400,000 events attraction fund so far and would only be given the other half if it could prove it would use the money to attract events, rather than to meet its revenue goal.

The review of the operating model had started and was being undertaken by the council in conjunction with the boards of council holding company Dunedin City Holdings Ltd (DCHL) and DVML, taking external advice where necessary.

Chief financial officer Grant McKenzie would report to council mid-year with recommendations about operating models and options for budgets if additional ratepayer funding was needed.

Councillors decided in 2008 to go ahead with the stadium project, using an operating model predicated on that outlined by the Carisbrook Stadium Trust, but modified by council staff and councillors.

Malcolm Farry, the chairman of the trust, and former council chief executive Jim Harland did not return calls yesterday.

Mayor Dave Cull, who voted against the stadium as a councillor, said scrutiny would be close.

''I completely support [Dr Bidrose's] intentions. And my advice was for any review to go further rather than not too far. Everything needs to be reviewed, including the way it was set up, the assumptions it was set up on and how it was run, and all that can be, will be made public.''

Other councillors, who were unaware of the review until it was announced yesterday, had little to say on the matter.

Mr Cull cut off Cr Lee Vandervis when he began imparting information he had received about the activities of DVML staff, saying the information should form part of the review.

Deputy mayor Chris Staynes said the council had done its best to support the original operating models put in place, but it was clear they were not working.

''It's pretty clear the idea the original model would break even or even make a small profit, is pie in the sky. A review is absolutely necessary.

''There are assumptions made in that original model that will never be achieved and if we continue to live believing they can ever be achieved we will just be dealing with losses.

''I'm a pragmatist and don't believe that the end result is ratepayers are not going to have to fund the stadium, but it would be better to know now what that cost will be, than be surprised every year when they come for more money.''

''I was pleased to hear the news; it's been a long time coming. Obviously the whole model was financially flawed right from the start.''

She believed the most likely outcome of the review would be that the DVML board would be sacked and the stadium operation taken in-house.

She believed the council would eventually have to mothball the building.

Staff are to report back to councillors before the pre-draft annual plan discussions conclude, on what to include in the 2014-15 budget following concerns about how to manage the shortfall in income from the stadium next year.