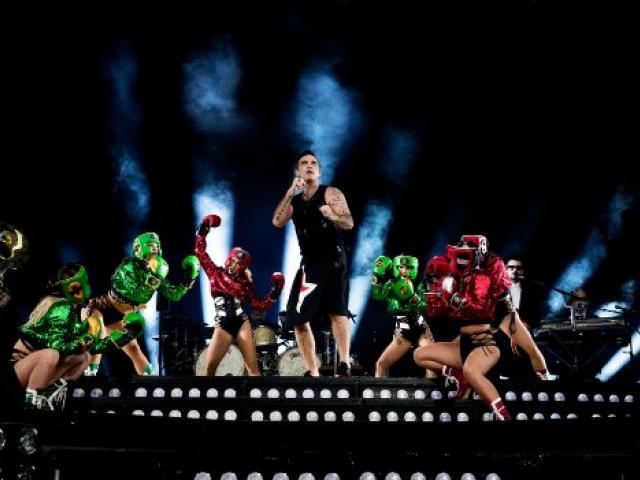 Dunedin’s accommodation sector is set to be besieged by a triple whammy of events on one February weekend.

Four ticket holders unhappy with the sound at the Rod Stewart concert at Forsyth Barr Stadium in April have been given a partial refund by the concert's promoter.

Concert-goers and organisers are hailing Rod Stewart's Dunedin concert as an incredible success.

Terry Davies has managed what once appeared just a dim possibility - he has brought musicians to Forsyth Barr Stadium that pull in the punters and provide a sell-out show, and looks set to be building momentum for the future. But who is this recent addition to the Dunedin ratepayer base?

Forsyth Barr Stadium officials are looking to solve the venue's sound problems after confirming ticket sales for major concerts are being restricted as a short-term fix.

The crystal ball was broken when the Dunedin City Council decided to build Forsyth Barr Stadium, but it is too late for a refund.

The company which runs Dunedin's Forsyth Barr Stadium faces an uncertain future as it eyes the expiration of deals with sponsors, members and even the Highlanders Super rugby franchise.

Promise little, deliver much - perhaps the Highlanders have got it the right way round this season.

New financial figures have pumped up the price of Dunedin's Forsyth Barr Stadium to as high as $266 million.

Dunedin Venues Management Ltd has extended an olive branch to the promoter of the ill-fated Fleetwood Mac concert scheduled for Forsyth Barr Stadium.

Forsyth Barr Stadium management says the venue is staking its place as one of the country's top concert venues after hosting by far the biggest shows in Australasia for two major international acts recently.

All those associated with Saturday night's Paul Simon concert in Dunedin, including the star performer, have declared the event a success and agree Forsyth Barr Stadium seems to have found its form as a venue.

Dunedin skateboarders took advantage of the opportunity to do some unfettered skating in the Otago Daily Times stand at Forsyth Barr Stadium on Saturday.