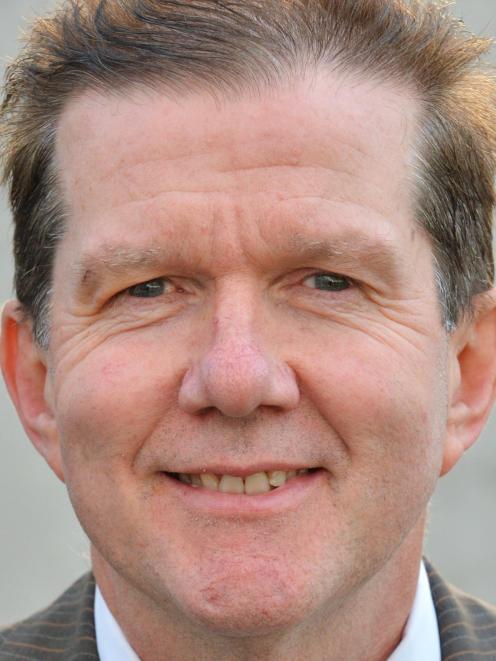 Terry Davies
The company which runs Dunedin's Forsyth Barr Stadium faces an uncertain future as it eyes the expiration of deals with sponsors, members and even the Highlanders Super rugby franchise.

It also continues to operate under a cloud while awaiting the outcome of a major review of the stadium operation, now expected by early August, that seeks to address the venue's multimillion-dollar losses.

But he also remained ''bullish'' about retaining members, sponsors and the Highlanders, while saying the company's finances were already showing small signs of improvement.

His comments came as DVML's latest statement of intent was to be considered at today's full council meeting.

The document included forecast losses totalling $3.34 million over the next three years, a slight improvement on the $3.79 million projected in February.

That was based in part on reduced costs, tightening budgets and an expectation the venue would secure two All Blacks tests, in 2016 and 2017, but none next winter.

However, the venue faced risks, including the looming expiration of revenue-generating agreements, the document showed.

That would begin with the Otago Rugby Football Union's venue hire agreement, due to expire at the end of the year, followed by the Highlanders at the end of 2015 and most membership and sponsorship contracts in 2016.

Mr Davies said part of the difficulty was most membership contracts were signed close together, when the stadium was in start-up mode, meaning renewal periods were not staggered.

That made the threat of existing members opting not to renew ''a big risk'', he said.

''In any business, membership retention is a major priority and this is no different.''

The company planned to introduce new offers to stagger expiry dates, but was also trying to improve benefits for its 2200 members, he said.

That included free entry for members to next month's football clash between Newcastle United and Sydney FC.

The company had earlier this year budgeted for a 10% drop in memberships as they came up for renewal, but was now more ''bullish'' about retention, he said.

Talks had also already begun on new venue hire agreements with the Highlanders and ORFU, and he was confident there were no ''alarm bells'' ringing yet.

''You never know, but at the moment it's all positive.

''We're working closely together to ensure all rugby content is held here. We don't want to lose any of those partners that we've got operating out of the stadium.''

However, the key to the stadium's future could come with the findings of the stadium review unveiled by Dunedin City Council chief executive Dr Sue Bidrose earlier this year.

''I'm not afraid to say that's a major stumbling block and we need to get that model right.

''We need to get the community to understand that until that model is right, there will be no confidence around this.

''The $4 million rent is unmanageable.

''A desired outcome would be no rent, or a peppercorn rent like others pay.

Even a cut by half, to $2 million a year, would help the company's financial projections turn from red to black, allowing profits to be reinvested in the venue, reducing the risk to ratepayers in future, he said.

However, whether ratepayers would be asked to pay extra - to offset the reduced rent from DVML - was not something Mr Davies would comment on.

''All I can put forward is what is the right direction for our stadium.''