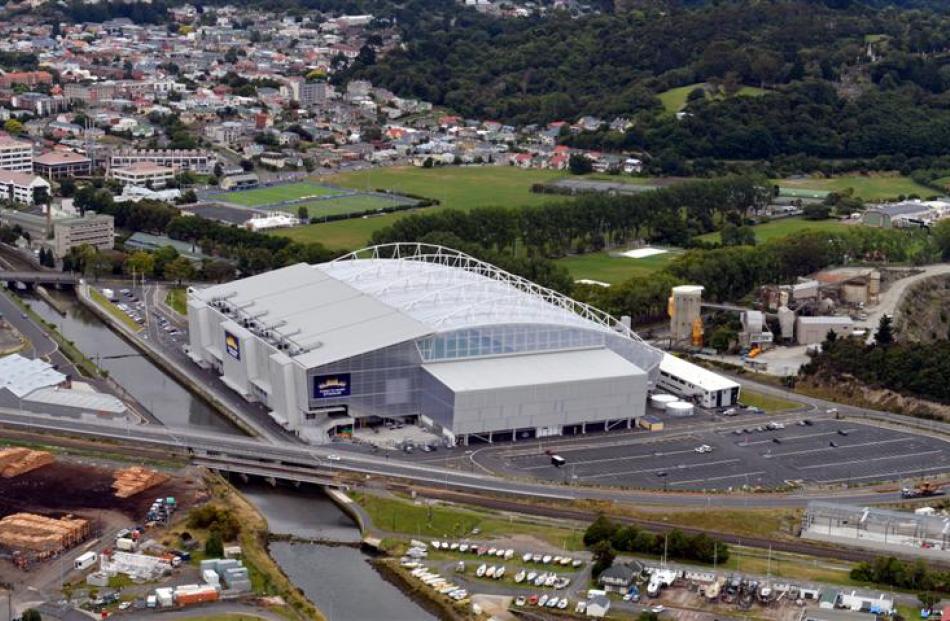 Dunedin City Councillors have been told a review of Forsyth Barr Stadium operations will take time. Photo by Stephen Jaquiery.

However, the review has already been expanded to include reconsidering whether the stadium should be paying its full share of rates, two years after the company running it was granted a discount worth nearly $2 million a year.

Debate over the review emerged again yesterday, as councillors signed off their 2014-15 draft budget, before public consultation beginning in March.

The hearing had begun with last week's shock announcement Dr Bidrose had launched a fundamental review of the stadium's operating model, faced with year-on-year losses by the company tasked with running it.

Councillors endorsed that move yesterday, while noting any implications for the coming year's budget would be reported back before the document came into force on July 1.

However, final results of the wide-ranging review could take longer and Dr Bidrose told councillors it was important to get it right.

''This is not a once-over-lightly ... I do need to be sure that that is done right, rather than done quickly,'' she said.

She would have a better idea of progress once the review was in full swing, but emails were already coming in offering advice about alternative funding models, she said.

''Until we really get this thing halfway under our belt, we are not really sure how long it will take,'' she said.

She was still aiming for results by mid-year, but would inform councillors in due course if the review required more time.

That was prompted by Cr Lee Vandervis, who called for an end to the rates subsidy granted to Dunedin Venues Management Ltd in 2010.

The discount meant the council received the same rates as it would have from properties previously occupying the stadium site, but also avoided ''distorting'' the rating system for other properties or the demand for extra council funding.

While the company would not be able to afford the increase, the subsidy should end - with council providing more funding - to provide a clearer financial picture, Cr Vandervis believed.

''That would be a much more honest way of actually funding the stadium,'' he said.

However, council financial planner Carolyn Howard cautioned the move would have a ''significant impact'' on the council's budget, while Cr Richard Thomson said it would also push up general rates.