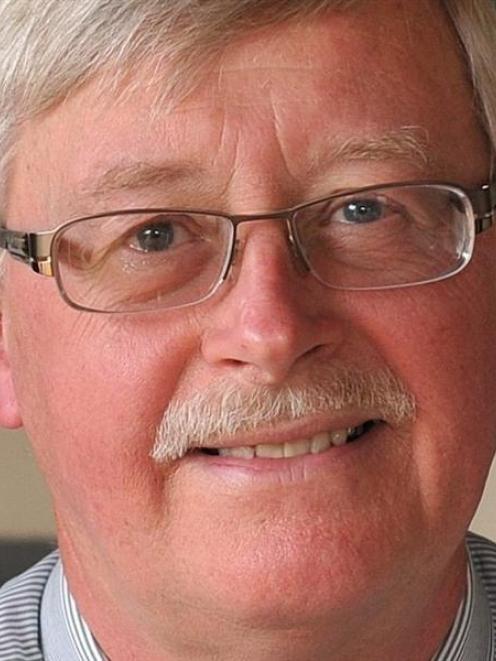 Chris Staynes.
A revolution in how Dunedin is lit at night could save money, grow tourism, create a new export industry and give the city's residents better views of the southern stars.

The Dunedin ''Night Sky City'' concept is a key feature of the Dunedin City Council's draft energy plan which is now available for public consultation.

The plan includes four key ''actions'' the council intends to take on its quest to claw back energy use in the city.

It was a plan focused on creating new jobs in Dunedin and giving its residents more money in their pockets, council corporate policy manager Maria Ioannou said yesterday.

Reducing the energy costs of the city, its businesses, and its households would achieve those goals by lowering business and household overheads, thereby freeing up disposable income and reducing the barriers to entry for business start-ups, she said.

Dunedin deputy mayor Chris Staynes said Dunedin's current energy use - many households and businesses spent about 10% of their income on energy - was ''a handbrake on our economic growth''.

Ms Ioannou said while in the past few years there had been '' a lot of vision discussions'' on how and why energy usage could be reduced in Dunedin, this plan was about of action, not talk.

''At some point that has to turn into action. And this is the action plan.''

Other measures included shielding lights to minimise upward light spill, and focusing on lighting what was needed, when it was needed.

If implemented, Dunedin would become New Zealand's first ''Night Sky City'', which would be a ''unique selling point'' for the city's tourism sector, the draft plan said.

Through designing, testing and rolling out the concept Dunedin would develop expertise in energy-efficient outdoor lighting, it said.

That would lead to new ideas and solutions, offering ''great potential ... to drive innovation and economic development, with our companies, entrepreneurs and communities working to find solutions to our local challenges''.

''Some of these solutions may be export quality.''

The other three ''actions'' included in the draft plan were. -

• Dunedin Energy Leaders - a group of the city's major energy users working together to reduce energy use.

• Community Energy Fast-Track - helping energy start-ups and innovators get off the ground.

Consultation on the plan, which is available at the council's customer service centre, Dunedin's public libraries, and on the DCC website, is scheduled to close on October 16.