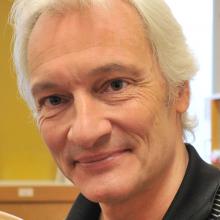 Dirk De Ridder.
A novel University of Otago approach using short bursts of brain stimulation is emerging as a potentially "very promising" way of helping to recover arm and hand function in people who have had strokes.

Every hour, one New Zealander has a stroke, which is New Zealand’s greatest killer, resulting in about 2500 deaths per year.

"We hope to come up with new therapies to greatly improve the quality of their lives as they recover from their illness," Prof Reynolds said.

In his own work with stroke models, Prof Reynolds had observed improvements in recovery when stimulation was applied on the opposite side of the brain to which a stroke had occurred. 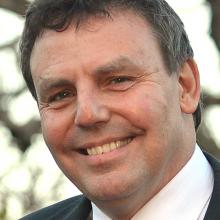 In the long term, it was not intended that this neurostimulation would replace traditional rehabilitation therapy, which remained "the standard approach to improve movement and function after stroke", he emphasised.

"Instead, we hope to find a method that will maximise and maintain the gains that can be obtained from such therapies."

The Otago researchers were seeking people who had had strokes for an innovative study that "holds promise for restoring their arm and hand function".

Using a technology that involves short bursts of electrical stimulation through brain implants, the Otago research team had now found that applying this stimulus to the non-stroke damaged side of a patient’s brain may potentially improve the movement recovery in their upper limbs.

The Otago approach was "very, very novel" internationally, in the type of stimulation and the approach, he said.