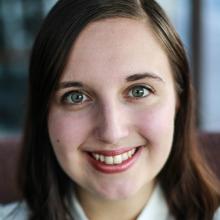 Injy Johnstone (22) was also a winner in the leadership category. Speaking from Wellington yesterday, Ms Johnstone said winning the supreme award  was "a great surprise". For her, the award felt particularly special as a means of representing rangatahi (youth) who had been and still were in foster care, as well as those who faced disabilities.

"Foster children can feel very disenfranchised from society so an award like this recognises that anyone can be a leader. I think it shows that no matter what start you have in life, your challenges make you resilient and a better leader for that."

What set her on the course of advocacy was taking part in the Enviro Schools programme. That taught her not only to look at problems but to analyse them and see what could be done.

"It’s the same sort of thing with foster children," she said.

A former foster child herself, Ms Johnstone set up the Foster Child Support Network in 2015. The network grew to a team of 40 volunteer students providing resources, mentorship and advocacy for children in care.

"What the award has given me is a platform to continue to be an advocate for the social and environmental issues closest to my heart, including many more opportunities for leadership outreach and collaboration that work so well in our tiny but beautiful Aotearoa."

As well as being the national administrator for Generation Zero, Ms Johnstone sits on the board of the Endangered Species Foundation, and conducts climate research at Niwa as a Sir Peter Blake Ambassador. She also founded envi.nz, an online sustainability platform, and was the New Zealand representative to the UN Sustainable Development Solutions Network and on the Unesco Youth Reference Group.

In Wellington, she has been working in the climate change team on the Zero Carbon Bill at the Ministry for the Environment but will soon leave to concentrate on completing her LLB(Hons) on international trade law and climate change .

• A second Dunedin woman, Umi Asaka, won an award in the inclusion and diversity category.

Born in Japan in 1996, Ms Asaka is a second year social work student at the University of Otago.

She inherited a condition that makes her bones weaker and is the university’s first international student in a wheelchair. She  is very passionate about inclusion in society.

Last year Ms Asaka joined The Lucy Foundation social enterprise which was formed in 2014 by Robbie Francis, then a University of Otago PhD student.