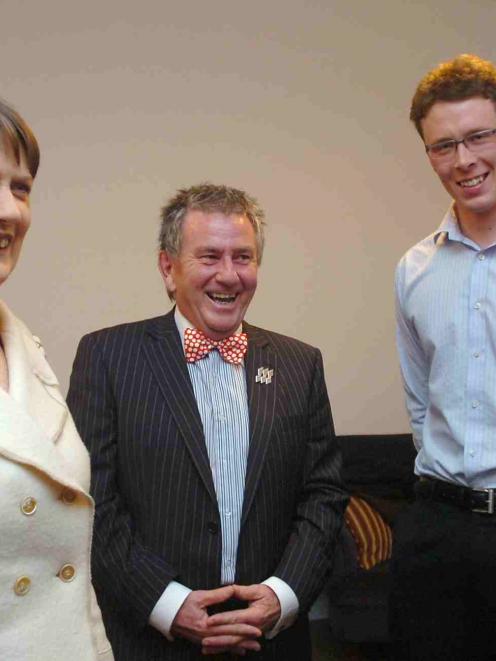 She had earlier told her host, college warden Ashley Day, she had been running a little late for her evening engagement when the seven-seater Air Force aircraft in which she had flown to Dunedin had encountered strong winds during a bumpy trip.

Miss Clark told students the need to move to a "lower carbon economy" was "the biggest challenge we face right now".

"We have to do it because it's the right thing to do for the planet," she said.

It was also not in New Zealand's interest to be seen internationally as a greenhouse gas polluter which did not care about environmental damage, including to the world's polar ice caps.

That kind of image could eventually produce a backlash, involving trade protectionism, against New Zealand exports, she warned.

Even after eight and a-half years as Prime Minister, she had many more challenges to face, including developing improved trade agreements with nations such as India.

Miss Clark told students she was continuing a tradition by attending a dinner at Carrington, having earlier also spoken to, and dined with, students at University College at Mr Day's invitation.