By Jono Edwards
0 Comments
High Street’s super-insulated housing project is teaching contractors how to create structures that keep heat in and pollution out.

The co-housing project, being built by eHaus Otago, is expected to be completed in November next year.

It will include 21 new units and three retrofitted apartments, communal green spaces, dining rooms and offices.

As it is being built to international passive house standards, it will be airtight, often utilising triple-glazed windows and thick Structural Insulated Panels.

The idea was to create a constant 20degC temperature with little need for heating, even in winter.

EHaus Otago managing director Rob Cunningham said because of how the housing was constructed air was run through a heat recovery ventilation system.

"It brings in cold air, puts it through a heat exchanger. You can heat incoming air with outgoing air."

The system could also be used to cool the units down.

"You can also open your windows any time you like." 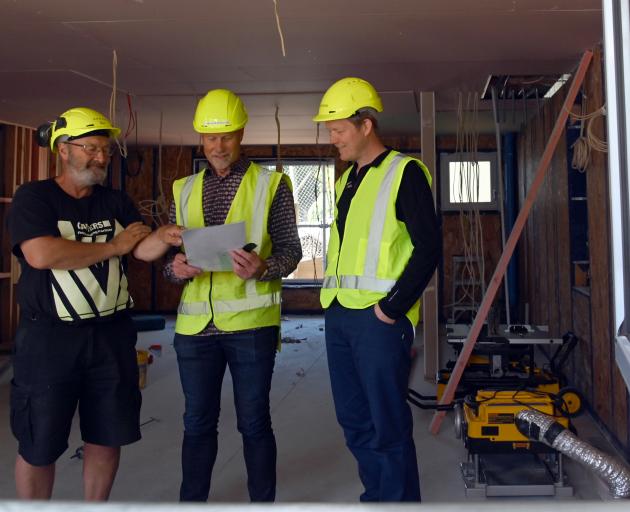 The project allowed staff to gain awareness of the standards and the skills required to meet them.

"It can’t be achieved retrospectively. You’ve got to think about how to make it airtight as you go."

Building to passive house requirements generally added about 10% to the cost of a build, however there would be savings in electricity and heating costs.

The method was "absolutely" growing in popularity.

"They care about their neighbours and want to be involved in their lives."

Urban Co-housing Otepoti was formed in 2013 and eventually bought the 5000sqm site the project sits on.

All of the units have been sold.